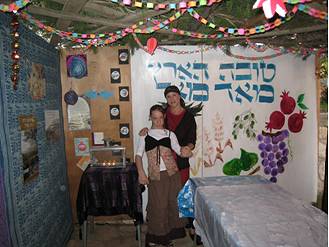 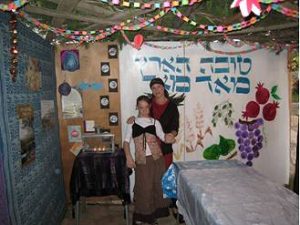 In that day I will raise up the fallen booth of David…” Amos (9:11), On Succot, during the blessing after the meal, we recite the verse from the prophet Amos (9:11), “In that day I will raise up the fallen booth of David…”   It may conjure the picture of a dilapidated succah being schlepped along by a wandering Jew through the two-thousand years of our miserable exile, as he prays for its resurrection.  What is so special about raising up a decrepit old booth?  Why was it chosen as a symbol for the Jewish people on the holiday of Succot?  The Maharal of Prague (Rabbi Yehudah Livah ben Bizalel, 1515 – 1609) explains in his book, Netzah Yisrael, that to the external eye it is the physical and natural things that seem strong and established, while the spiritual realm of the divine often appears frail and elusive. He goes on to say that when a house is destroyed and rebuilt, it is essentially a new building.  However, a succah which was knocked down and rebuilt is a restoration of the same structure that existed before.  It is not transient like a building which can be rebuilt from scratch, but no longer contains its former essence–rather a spiritual potential which can never be destroyed.  In other words, the great spiritual energy which existed during the time of King David will again be restored to its full capacity.

This messianic power will have the strength to uplift all those who have fallen, and bring back to life the positive energy of Am Yisrael which has not yet reached its full fruition. The secret of the holiday of Succot, which comes only days after Yom Kippur, is that Hashem takes us into the succah to love and embrace us, and to give us, at this special time, the taste of the “raised booth of David,” when we will have the segula (privilege) of standing up like a lulav.

Adapted from an article by Rabbi Natan Chai