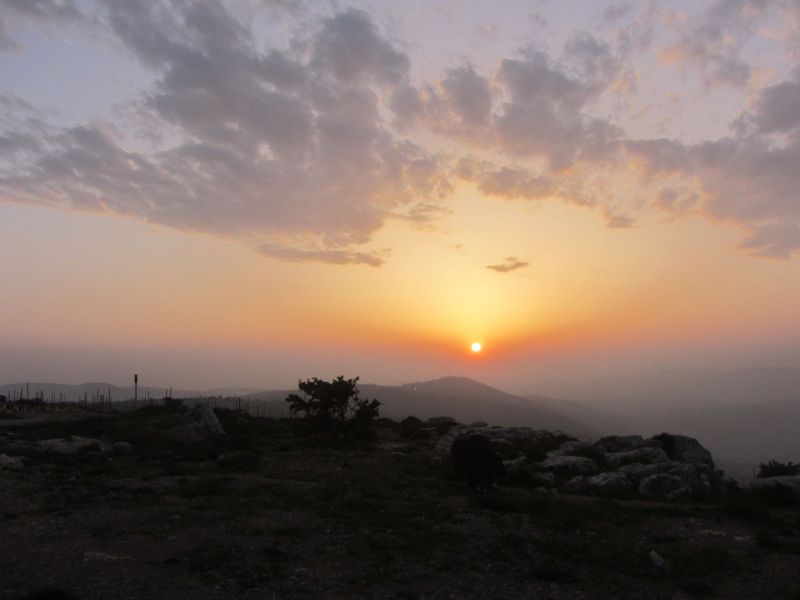 In last week’s parsha, man made a vow to guard the garden and keep it. Ten generations later we witness the total moral crumbling of mankind. No-one is guarding or keeping anything. Noach is building an ark for over 120 years and people are asking, “Why are you building this ark?” Noach explains “Unless we perfect the world, it will go under.” But they really don’t listen. It is getting really dark before the storm and people don’t heed, dark skies turn to black skies, like the plague of darkness in Egypt. Noah says to rectify but time has run out – it’s all over for most of the world aside from the Noach family and the animals they collected and preserved.

Fast forward ten generations and its 1948 BCE. The first man to see and know Hashem, Abraham, leaves it all behind and goes to a land he knows nothing about. He returns to the garden of Adam, to the Land of Israel. His life there is not easy. Every day holds a new test, a new inconvenience, a new hardship. Our Rabbis bring down that Israel is a land acquired through hardship. He has to sweat over the many tasks set before him in Eden/Israel. Notwithstanding, that very place is the field of vision where if you look hard enough, all you see is open miracles

Going full speed ahead in time into modern history, it is 1948 and we have “officially” cast anchor as we again take vows to guard the land and keep it. The very land that remained fallow for the two thousand years, its people were kept from it, where nothing grew for any nation. Jews wandered about aimlessly looking for a haven, a place they could call home. The time wasn’t right during the exile of Tohu VaVohu. But now, there is no change of course. Most of the world would like to see us in the sea and controversy surrounds the very idea of Israel. Why? The world still has some time to rectify but even our own fellow Jews ask “Why are you building this ark/Land” They do not realize that the sky is turning dark. . The Chesed Avraham,Rabbi Avraham Azuli, a saint and commentary on Kabbalah and torah subjects (1570-1644) who gave in depth explanations of the Ariz”l said about the days prior to the 7th millennium that “The lower waters will rise up and cover the world and Israel will remain like Noach’s ark.” He prophesied hundreds of years ago about the time that will come when simultaneously problems will flood the world, chaos will rule and only little Israel can be our refuge. (paralleling to the end of the sixth millennium- 6 days of creation- 6 millennium making this hour the one Adam ate from the tree of knowledge)- Unless we perfect the world, it will go under. In the prophets like Zechariah 13:8 there is a clear description of this.

Here on Itamar, the very heart of Israel we are doing our best to guard the Land and keep it. We are tested every single day. Our enemies also know what the heart means to the body. This is THE safe haven as uncanny as it sounds. It’s time to board the boat. “Don’t miss the boat!” Hashem sticks to His time table. Soon it will be time to light the Shabbat candles in more ways than one.