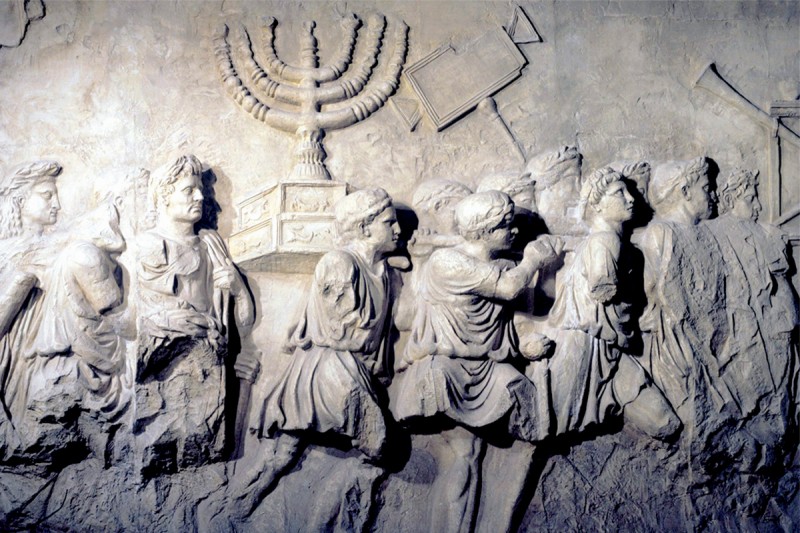 As a little girl, I liked to leave the familiar reality of being immersed in the present time at my bedroom windowsill in Brooklyn New York. Life was made more brilliant as it took me on a journey through my favorite book, a pictured hard covered old Bible. The subjects illustrated enthralled my grasp of life beyond here and now. It took me back to another time and place. It had me dreaming about the objects of fascination I would leaf through exhilarated. Especially one scary looking picture which I passed over quickly, only to turn back to inspect a second later. The picture was Yosef in his coat of many colors, but it was torn and perhaps bloody. It showed him deep at the bottom of a dark pit. His beautiful face, on scrutiny, showed a regal calm that was not consistent with the theme of the page. In the backdrop behind a wall of ancient looking stones sat his brothers eating bread. Strange, Strange picture! How it would come to haunt me and invite me to return into the actual page of history in my future. There was an awakening from below somewhere in my spirit that sprouted like a kernel of wheat in a dry field somewhere far away in Israel.

We are entering the nine days now. It is a time we prohibit joyful events and we fast a mournful taanit on Tisha b’Av remembering our Temples destroyed on this date twice. We intentionally recall the spies that went to observe the Land of Israel that delivered an extremely pessimistic report, and the selling of Yosef. In all of these events, the blow that preceded the pain began with an implosion within Israel first. The results- devastating for Israel and the world. In the Yosef story, the brothers clearly did not enable him to reach his majestic potential in Yosef’s vision on being the “provider”. It was not too long after he was sold that famine hit the Land and other nations as well. The famine they experienced was a microcosm of the famine to hit Egypt as well, a time all Egyptians sold themselves to Pharaoh. This was the universal repercussion of an evil act that began as brothers selling brothers. In the case of the spies, they perceived the huge pearls of wheat in giant stalks and called Israel a dangerous place -“We were in our own eyes as insects, and so we were in their eyes”. Underestimating again the reigning destiny of Israel, they demoralized the nation and led them to perish in the wilderness instead.  They doubted not only their own abilities to lead and the meaning of following Hashem and His desire but negated the capacity for change potential and real freedom. The spies sat down to eat mahnna after their report. Immediately Amalek attacked. In the times of both Temples, no amount of sacrificial offerings could compensate the evil eye and the lack of ethics and morals, in relating to one another in different forms of mistreatment. After the first Temple fell all but two tribes were taken away into captivity. The Assyrians repopulated the mountains of Israel with Samaritans while the ten tribes were swept east, many beyond the Dark Mountains of Afghanistan. A moral famine preceded the crumbling of our empire. Later the kingdom of Judah fell to the Babylonians. The golden city of Jerusalem became abandoned but not before its walls were torn down and palaces and homes set on fire. On the ninth of Av the holy Temple was destroyed after close a million Jewish men women and children were murdered by Nebuzaradan. The fate of our people after the Second Temple destruction by the Romans, many of whom died in famine, suicide and taken away as slaves, has been one of travail and sorrow for over two thousand years. The fires of Rome ignited because of baseless hatred amongst the Jewish people. The result of the idol worshipping pagans that stormed Hashem’s eternal capital was that the true Torah mission of Israel was set off course and the world entered the Dark ages.

Here’s the thing though. Israel always has another chance. It starts with ayin tova- a good eye. We fast on Tisha B’Av not only for what we don’t have but for rectifying the way we need to view and act. It’s to have the ability to see a Land flowing with milk and honey and to be able to value the beauty and mission of those who walk with restoration. The potential sprouting now should not be underestimated – yes- even during these hard times. Do not lose focus! The unrest in the world stems from a lack of perceiving realizing and valuing redemption. On these nine days more than any other time in history as the past comes to remind us about the near future and the familiar reality of turning full circle. The time is ever more brilliant and we bring an awesome report to you- the Land is good VERY GOOD! We must remember that Hashem is giving another chance for Israel and the world. May melancholy turn swiftly into JOY! AMEN!

In order for the pragmatic side to unfold here we still have many many needs on the ground. Your kindness is more than ever appreciated! Our 501c3 Friends of Itamar is working round the clock to dig in even deeper and protect the ones on the front lines here. BE BLESSED!

You too can make a difference in convincing POTUS to act in support of applying full sovereignty NOW on the heartland of Israel. His dillydallying is not bringing stability to the USA! Write to your congressmen- do your best at recognizing the APPLE OF GOD’S EYE!