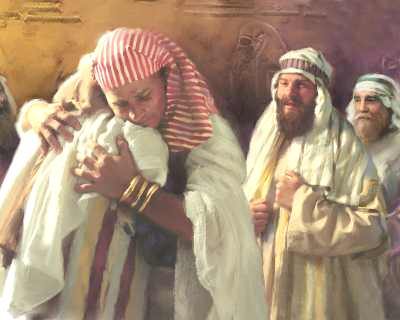 This week had us driving through the Jerusalem hills. Entranced at the view of fresh forests and fields moist from the rain, Latrun stood ornamented with old relics of army vehicles brick red and rusted, stories in themselves. Keepsakes, they told of a time, a developing thriller that solidified the direction Israel would take in its independence. Trips like these were revelations for me, looking back on the passage of time, unto antiquities that go way further back; mementos that clarify the meaning of this country in its many appearances and promises in our war of existence. The back of my mind makes my heart beat fast at the thought of what a miracle it is to live in this time tasting the flavor of antique, not in a subjective way like when gazing on a mona lisa or an Eiffel tower, but of a blood relation, a time relation, a place revelation and how I fit into it. The early pioneers that built this modern country constructed it from the bottom up, putting together something from nothing. The driving force of the fruition of the realization of the dream of return to Zion had many at that time not even realizing it was all foretold. Knowing prophecies being fulfilled was not on the agenda of the first settlers. The talents of innovation and material improvement and elaboration led Israel to become a start- up nation par excellence; this on top of miraculous victories in wars the surrounding nations waged on her. If in 1948 soda bottles were thrown out of sputtering army planes, today we are ready to unleash on tremendous threats with tremendous military tools. The rate of upgrade is staggering. We have completed the stage now of the basic and the material, of a shelter of refuge. Now comes the time for identity. Questions come up in third generation Israelis who did not know Torah – who am I, what is this past unearthed? Jewish identity may seem something self-evident, obvious and even taken for granted but for many Israelis tradition is something their parents didn’t teach them. In a world where identity AT ALL is a touchy subject, hazy and a cause for great concern for all children of all traditions, nations, and families of the world, this blurred way of identifying deserves to be fixed. It must be.

The betrayal of Yosef HaTzaddik and the saga of his brothers comes to a climax this portion in Vayigash. The brothers have seen him countless times now in their need for food yet he does not “appear” to them. When Yosef discovered in the pledge of Yehudah to take accountability for Binyamin, that defining moment became the key that unlocked the chasm between them. Yosef cannot hold back and reveals himself as Yehudah reveals in himself that he has come for more than just bread. Astounded, his brothers fell back in disbelief. Tears of revelation pour down as identities are finally revealed. The amazing powers that flow from Yosef as he manages an empire have us understanding an emotional spiritual and trusted forgiving brother. His father sent him from Chevron to seek his brothers and now he has his brothers seeking his father to “bring him home.” To his home. The replay button is reviewing all things done and now it is time to see the way Yosef describes himself:” ויען יוסף את פרעה לאמור בלעדך אלוהים יענה את שלום פרעה-” and “”ועתה לא אתם שלחתם אותי הנה כי אלוהים”  . “Hashem is answering Pharoh”. Brothers! “You didn’t send me here- Hashem did”. The revelation of Yosef’s face is like the revelation of Hashem’s face. He has done all of this.   We are shocked! YOU WERE THE ONE! AHHHHHHHH! All these perfections we are experiencing are all Hashem’s. Yosef’s clear faith and definite way of identifying himself to the Egyptians and to his brothers bring harmony to a character we may have viewed as just a material genius. It is up to us now to take tradition and publicize the maker of all of these events that led up to this day of Israel’s astounding greatness. We can be pawns or we can be makers in this. It is up to us to follow Yehudah now and step up to the challenge. Let us take accountability for who we really are, let’s hold unto our keepsakes.