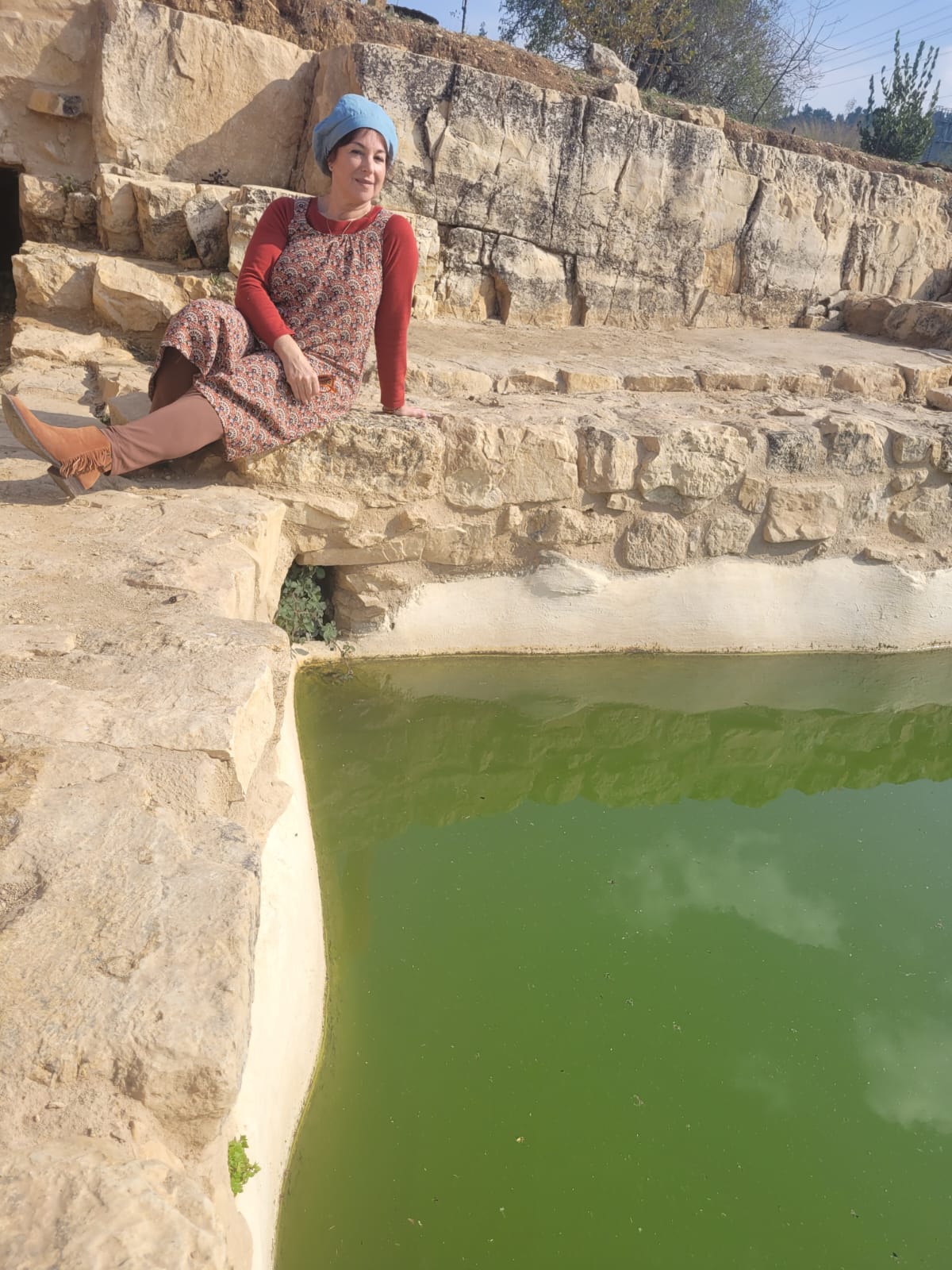 Vayeshev  – Premonition and Thinking Back – December 2022

Many of the biblical stories of our Matriarchs appear at the water pit. The Torah’s imagery of such meetings with Rachel grazing with the sheep in the sweet green meadow, Tzipporah and her sisters saved by Moses in the dry Midyan desert where the baby blue sky reflected the living waters in that oasis, and Rivka who carried brown earthenware from a cistern into the water trough to give drink to thirsty camels. The theme of the vessel as we know in ancient Israel was one of women carrying jugs on their hips and heads from the pits to the home and livestock. A woman is a vessel and the womb is the kli that receives the potential for life, representing the power to receive, hold and eventually give something back. This Parasha has irked me since I was a little girl- Yosef is thrown in a pit of snakes and scorpions by his siblings. Why?

Premonition is a theme that weaves its way through the Yosef story. Yosef is a beautiful man as the Torah describes him time and time again. He dreams and can Interpret dreams. His head is full of prophecies as he handles business affairs. The commercialism of his mission in the family did not sit well with his shepherd brothers who viewed his deals and dreams as something needed to be syphoned off, resembling Esau in the material as Yosef twirled his hair and painted his eyes beautifying his already stunning appearance as Chazzal tell us. These next parshiyote take us through the Yosef saga of being sold down to Egypt to inevitably save his brothers as he had dreamed. But first- his brothers throw him into the bor (pit). With extreme capabilities in management and savvy at first he only boasted of the premonition of what he felt, not living the potential that he foresaw. Therefore, his first encounter with the bor foreshadowed his purpose in life. He then had to be drawn out from there in order to live and fulfill his dreams. At that moment he became the Mashbir (literally- taken out of the pit) personifying the Yesod which channels all bounty like a pipe with no bottom (like a pit has) – a bottomless pit so to say.

The Torah tells us that the brothers sat down to eat bread after dumping him, as they confirmed to themselves that they can and will have bounty without the pipeline of their brother Yosef. This act led to the famine that would have them inevitably eating bread out of his hand in Egypt. They said-“now what will this dreamer do when he sees his appalling reality”. They ate their words. He said- “What happened at the pit- that was Hashem’s will and for the best.” No Freudian blaming this one and that one on childhood traumas, but taking complete accountability and seeing Divine Providence even in so painful a thing as rejection by his own brothers. His humility and modesty earn him the status of Tzaddik. He is likened to an ox, not swayed by red flags set up before him, but hard working in making his premonition happen. The imminent situation in Egypt and the middle east had people coming from far and near to eat in his carefully planned strategy for world hunger. The mission Yosef felt at 17 applied not only to his family- but to the world.

Now too Israel stands as it is described in Yosef’s dream, strong and sustainable, a light unto the nations. Yet, there is an evil plan to “throw it in the pit”. Notwithstanding we see and know- the vision- the mission and we plow forward. The combined efforts of our Matriarchs and Patriarchs made this happen- we will too! It demands hard work. Israel is the pipeline of all bounty- spiritual and material! We will continue to see the Yosef stories as a font for everything that was and will be! Stay tuned!