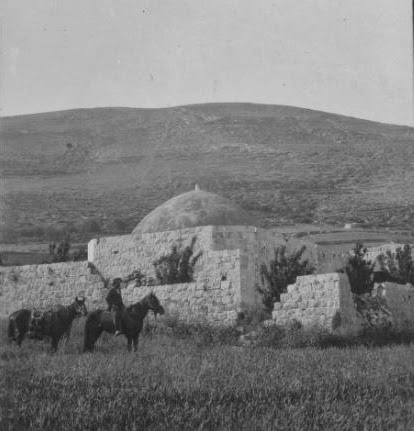 “Come” is the literal translation of Bo, a mantra we hopefully recognize and realize in the purpose of the Exodus. “Come near” Yosef HaTzaddik says when he reveals himself to his brothers. (Something Corona is not enabling us to do these days….) Flashbacks into the first scenes of the book of Genesis have us reviewing in order to advance into now times. An illustration of the night we left Egypt shows us gathering gold, silver and possessions equaling years of slavery pay. In preparing for our journey out in the frenzy of that night another scene was happening synchronously. The apprehension we feel at this crescendo peaks when Moshe Rabbeinu extracts the bones of Yosef that were stored deep in the Nile, that night. In advance of all of this, Yosef demanded in a prophecy to be taken out and brought home when the time came. Yosef, who personifies the bounty, the bread, the grain- the one who got this story started from the first scene of his sale to Egypt, who became a ruler and the root cause of Israel’s family’s story transpiring in this flesh pot. Bo. Hashem is calling to review now in order to advance. Sometimes flashbacks come to trigger the next phase. If we don’t know who we are, we cannot know we are going. Yosef is the original bone. The sequel happens now. He was sold by his brothers who later sat down “to eat bread”- Now we are commanded to eat the pascal sacrifice in unity as one whole family. We dip the hyssop in blood and smear it on the doorpost- as Yosef’s brothers dipped his garment in blood and fooled their father. Collective memory has always been the theme of Judaism. It serves as an important tool for dealing with trauma and overcoming it. Rectifying the past and developing positivity in order to be strong for the tests placed us is the living Torah, it is the secret of our resilience. But you need to use the formula applied in BO. A lot of time has passed since the sale of Yosef- now it is time to leave the womb of Egypt through this bloody doorpost. Things begin to accelerate- there is no time to bake bread. Carrying the torch of the bones of Yosef, we are girded and united as one.

“Come-Bo” is all about the covenant and circumcision, about our bodies and hearts. It took forty years in the desert to come to the Jordan, bury the bones of Yosef in Shechem, a 120-kilometer hike to and from Gilgal. Chazzal teach out in the tractate of Sotah Talmud Bavli page 33 B. They had been on a very long trek, but this theme had finally been rectified in the punishment of the sin of the spies who did not view Eretz Yisrael with a good eye (Ayin Tova). They fell into the same klippah as the brothers who viewed Yosef as a materialistic carnal mortal, not recognizing his immense qualities, sensitivity and care for others, and kedusha. They said it was a Land that ATE its inhabitants. The spies couldn’t develop positivity in order to be resilient and the outcome was the entire generation of the Midbar aside from a few chosen ones perishing in the desert. This happened on the ninth of Av, the same exact day as the selling of Yosef. Finally, as we reached Shechem were we able to also recognize the Land for its inner dimension, fixing fractures at the standing on Mount Gerizzim and Mount Eval and saying “Shechem ECHAD (as ONE) ahl achecha.”Sitting here and facing the Gilgal and the mountains of the Blessing and the Curse (Itamar’s views) in the awesome return of our people and me specifically to this place has me seeing BO as the welcome – COME! Hashem says. Sure, we have our challenges and we face bitter challenges in particular to the innards of this country in an all-out attack against the heart of Eretz Yisrael. But the ones that have chosen to say the Land is GOOD VERY GOOD, the ones that live the flashbacks yet yearn to move forward in this redemption and restoration process will trigger the next phase in this saga. Thank you for standing with us. Please get your friends to sign up for our website: touritamarsupportisrael- FriendsofItamar. We need you now. – Shabbat shalom- Leah