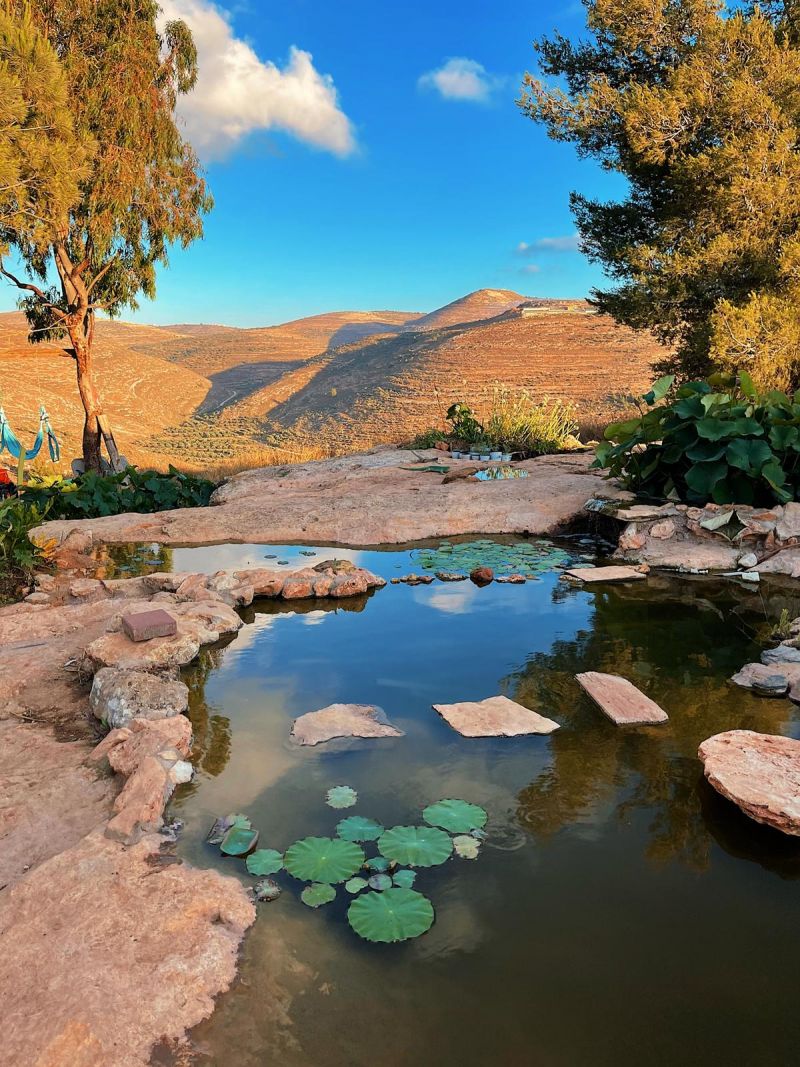 Rabbi Hillel Lieberman HY”D ZT”L was a great friend from Brooklyn who came to settle Elon Moreh and the Yeshiva in Shechem, “Ode Yosef Chay” in the early 1980’s. He paved the rocky way for us to come into and claim the heart of Israel. He brought down a quote for all times- “Dueteronomy 33:15, “Harerey Kedem umimegged Givot Olam.” “In the exact heart of Israel lies a place, the land of Yosef, that received a double portion in the form of two mountains, Gerizzim and Eval- The mountains of the blessings and the “curses. In Judaism, curse means only to those who do not apply blessings to themselves THROUGH Israel, the Torah and truth.” Yosef HaTzaddik, who appeared to be cursed with all he had to endure, in the end was not only blessed, but he blessed all of Israel and all of Egypt. He knew the secret formula; you don’t have to be a wizard to concoct that.  However, at the start of the Yosef saga- it seemed as if there was a bad omen on him- things just kept going wrong, and unjustly so. There is always that balance to a real story, you reach the climax when a choice is made on what direction is taken to get to the punchline. Yosef invited blessings in, therefore he received two portions of tribal inheritance- a double blessing. His reputation was of a person focused on his dreams and in reality pouring blessings into vessels, even when there was no vessel in sight. Some people who think they are politically correct say- there are two sides to every argument, counter arguments and support. That, my friends is not balance nor will it bring harmony. The whole essence is focus on decisiveness to CHOOSE the right way to view it and then to act. Ambivalence is not a part of the puzzle in the story of Israel ever. If so, it will fall away like a withered leaf in Autumn with no return in Spring.

Today many of us feel frustrated as things seem to be going wrong and unjustly so. The rampant neglect of law in the illegal building in the Arab sector goes un noticed while Jewish communities here in the heartland are at crazy times scraped off with no batting of an eye by our own security forces. With our fingernails we try and hold on to precious parcels of open state Land to make a continuous territorial sequence from the Jordan to the beaches of Tel Aviv. Instead of being clearly praised for it, for in many instances the conditions are rough all around, we become challenged on all fronts, not appreciated and in many instances ostracized. It’s kind of like the Yosef saga where his brothers just couldn’t see eye to eye on his dreams. We have CHOSEN to be blessed though. “How goodly are your tents!”, a prayer taken out of this week’s portion leads us to know we choose the right thing to do. We are also SURE the clarifying point for any person will come soon on this subject. You can’t participate in a pro-Palestinian rally and a pro-Israel simultaneously. Maybe the super sugar coated days of the Oslo accords had Chaim Saban and all the glittery peace love and good movies people dancing in all weddings at the same time but that time has ended. Israel has to be blessed as our enemies are cursing it. It is as unpreventable as Bilam came to bless Israel against all odds. The bashing of Israel, whether it be in the U.N. Security Council, the terror attacking it from within Israel and surrounding it, Iran and its evil plan of genocide has clarified the call of the hour. Anti-Semitism is up 700 percent. Hate of Jews and Israel (because you can’t undo that union) is being indoctrinated in schools, social media and just the social norms of today. Parshat Balak, more than any Parsha in the Torah intimates the meaning of redemption and suggests with an exclamation mark what will happen at the end. Nations will come together against Israel. They will try to curse it but to no avail. All of these plans boomerang as we read that Bilam actually became the agent for the blessings. He himself became the obstinate she -ass that knew Israel and truth, that Hashem’s love for Israel is not dependent on any circumstance. The world is building a tower of witchery, evil is babbling in every corner, enforcement is lacking yet Hashem’s face continues to shine brighter every day. We will deal with our own struggles here. ” עם כלביא יקום- ” Israel will rise up like a lion. More and more Israelis have chosen our path. They don’t want a terror state plunked down in the middle of this tiny country. Liberal Jews have to make choices now. No one remains ambivalent now. In the meantime, I am here on the ground trying my best. Friends of Itamar is digging in even deeper but relies on your kind blessings. Have a beautiful healthy and peaceful summer. We hope to see you soon here! Shabbat shalom, Leah