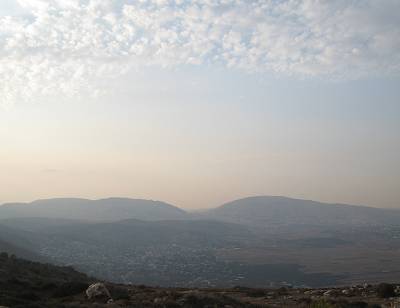 srael’s miraculous eternity has always bewildered historians, writers, and fair thinkers. We’ve been called a stiff necked people- – “עם קשיי עורף”Many see the finger of Hashem alive and kicking while others give cause and effect to the special character of the nation of Israel and in her keeping tradition, both practical and esoteric. On the flipside, there has always been a concerted effort to negate Israel in her legacy, mission and commitment to her homeland. Nevertheless, the obsession with Israel, especially her nationalistic identity bound into the prophecy coming true and her place on the middle axis of world powers truly cannot go unnoticed by any person in the world today. The historical philosopher Vico Giambattista that lived in Italy in the eighteenth century wrote his “Ricorso” discussing the historical aspects of gods, heros and men. “Whereas the gentile nations had only the ordinary help of providence, the Jews have extraordinary help from the true God.” The world turns and it changes… empires rise and fall, new nations form all of these play roles in the world order only later to disappear.., In another work, the Scienca Nova, Vico makes a clear distinction between Am Yisrael as a nation and other peoples of the world. “The special treatment of the Jews was manifested in their direct exposure to the Divine word. They were the first people of the world and in the sacred history they have truthfully preserved their memories from the beginning of the world… in a world of barbarism and idolatry, it had been the Jewish nation that is a dwelling place of the immanence of Deity. Israel is eternal! Its annihilation would obliterate Divine speech, the covenant must remain intact for the Providence of the future and these patterns to continue.” Oh, if Vico could have only glimpsed into the future and seen the restoration of Israel! People of great power that affected our world have been forgotten, powerful nations dissolved like dust – this is the law of biology- every man begins in dust and ends in dust. But there is one thing that does not follow this pattern- it stands taller today than the time of Vico Giambattisa…. The evil regime of the Soviet Union objected to teaching Hebrew Zionism or Torah and POOF the iron curtain fell as the last vestige of Jewish folklore still pumped in the veins of most Russian Jews, a million of which made aliyah. The previous President of the United States that led a campaign against Israel adhering to an idea to implement the entire biblical heartland to be Judenrein…. There is no lack of examples of forces fierce in adamant Jew hatred and negating Israel’s historical conviction. Those people and forces blow away like dust in the wind. In its stubbornness, Israel asks its name to be etched on every page of world news media- its proves immortality- And there will be those who still come to stand against it- like Bilam and even those from within our own nation- to curse it- but the tents of Yaakov and the dwelling places of Israel stand as a safeguard and as an iron dome in Hashem’s ultimate promise for eternal blessing. Our Parsha takes us into a story about an awkward contrary donkey that knows more than a prophet, of curses that turn into blessings. There is a flipside to our reality, in every realm- mineral, plant, animal, man and Israel as a nation. There is history and there is meta-history. There is natural and there is supernatural. The Torah is full of stories of rocks and bushes animals and people but what makes us different is that on an individual level we can choose to be blessed or cursed. A rock can’t choose its destiny neither can a cow. Man can. Israel must. YOU must! Soon we will reviewing in Parshat Re-eh the idea of the blessing and the curse. The two mountains (that we can see outside our window now) are the symbol of the choice- the scale so to speak- Segulat Yisrael – eternal- but TODAY as it says in the language of the Torah- YOU CHOOSE! The nation of Israel will go on to fulfill the many tasks it has set before it, it’s 2019 – time is ticking and as it ticks we remember which is why we will be blessed eternally. I’m ready to be stiff necked for THE truth. Shabbat Shalom