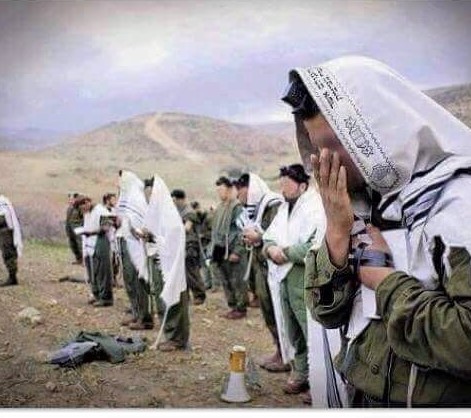 Lech Lecha- Go to Yourself

What would the world do if the ruins of Machu Picchu came alive and if those people indigenous to it returned to it from the four corners of the globe. Would there be a party? Or would there, strangely- be a resistance; even knowing that all this time the site remained a barren wasteland from the time of its destruction? A harder question, would the descendants of Machu Picchu themselves come against its founding and establishment?

Perplexing things are happening today here in Israel. Putting aside BDS and all the organizations like Adahllah, Yesh Din, Machsome Watch, “Rabbis” for Human Rights, and the New Israel Fund (that finances these vehemently anti settlement sub organizations) whose major goal is to bash Zionism, the IDF and the State of Israel. Putting aside the UN and UNESCO projects that fund blatant anti-Semitism HERE IN ISRAEL (!) – there is a tsunami today hitting the shores of peacefulness, trying to drown our confirmation of Hashem bringing His promise to life in our legacy here not only in it being a memory but of coming to a full circle here in the cornerstone of biblical history. The storm that has approached has poured down lies, pelted us with dishonesty, deceit, deception and created a fraud alibi that has engulfed innocent people and innocent people are drowning in it. The lie is so vast and so strong, like a tower built up to the heavens threatening Hashem Himself.

We are challenged on a level that way surpasses our enemies’ murderous methods, it is embedded into the system, our system- our courts, our police, our academia, our media. It seems at times that we have no chance. Terrorists are kept alive only to receive college degrees in our five-star prisons that are busting at the seams and their sentences are made short, they are freed to be roaming our streets, driving on our roads and there is no justice. No truth. Something needs to be fixed.

Abraham was the first person to recognize truth. It’s another story of “In the beginning…” And there is Tohu VaVohu (null and void) everywhere. There are many reasons he is called an Ivri (a Hebrew) His lineage came from Shem and Iver. But it also refers to the fact that he was on one side, while everyone else was on the other side. Call this a flipside. He was more than different, he was the first to believe. Reversing reality is not an easy task. You need to be equipped with nerves of steel as you pave a revolutionary road you hope others will walk on in the naked truth solely perceived by you. Abraham saw the truth side of reality, the other side of the picture and was therefore commanded to go to a place the Torah tells us- Lech Lecha- לך אל עצמך- literally meaning- Go to yourself”. He walks there, runs to do and is challenged every step of the way. Abraham is the classic example of the pro-active. He can only fix reality though, in the Land.

Israel is a place that may seem like a regular country with beaches, bars, tall buildings, and just another location on the globe. But it is not. There is another other dimension here, a portal to truth, perhaps the hardest of places to unearth it- it calls you to be pro- active. Most people that have an inner sense of truth today feel frozen in knowing but not being able to voice it. Some crucial facts about this place- where prophecy meets reality right on time–are good to know and tools very necessary for our fight for truth and redemption: