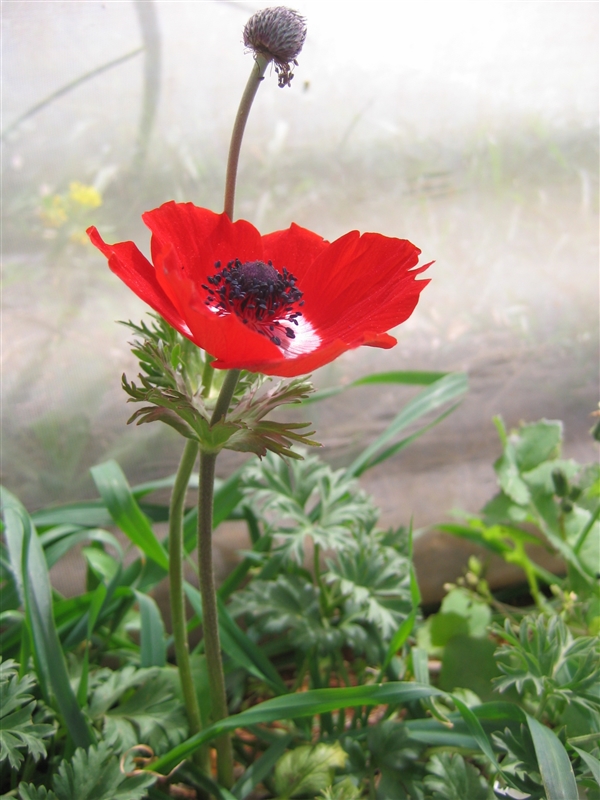 My father would talk openly with us kids about the agony he endured losing his entire family to the Nazi murderers and their collaborators. As a little girl it was frustrating and painful  to know he suffered living through that hellish nightmare. Something  became crystal clear one day ,of  life-changing significance for me- even at that early age. I accompanied him on a speaking engagement he had at a school for Yom HaShoah (Holocaust Memorial Day). Standing tall and distinguished, he described the Nazis coming to hunt them down- he chose to run like wild into the forest alone. There was nowhere to turn since the peasants for the most part were more than happy to do the dirty work for the columns and columns of perfectly aligned Germans who entered Poland with no fight. He remembered at first hearing the firing squads, hearing the screams. He ran and ran and their dogs ran after him. Synagogues  ablaze, homes  void of people, he was totally alone in the world with not a soul he could depend on, wearing an old threadbare  horse’s coat and eating roots from the frozen ground of the forest.  With  winter approaching, what would he do? Who could he turn to? Who would defend him?

A week later in our own school we commemorated Israel’s Independence Day. The blue and white flag with its star of David was displayed proudly on a pole smack in the middle of the auditorium and the principle gave a speech all about the IDF and how they were liberating our Land and protecting our people, how we had our own land. Then we got to see a movie of the Israeli soldiers walking and riding through the ancient arched entrance into Jerusalem’s Old City. Stuck to our chairs, mesmerized, the swell of pride and comradeship we felt!– it completely  juxtaposed my father’s testimony as a solitary being struggling to survive .Maybe it was then that I decided to pack a little suitcase for when I would move into that realm of national  side by side restoration. The penny dropped for me when I was six years old.

Israel’s military achievements boggled the minds of a world that thought G-d had long ago forgotten and forsaken the Jewish people. It was a different kind of Kiddush Hashem as Jews were brought together through whatever circumstances – holocaust survivors, refugees from North Africa that were expelled with the shirts on their backs, you name it. People were collected and brought home for the struggle, for the call to action. The new arrivals in some cases fought side by side, one speaking only Yiddish and the other Yemenite Arabic, one Russian and the other Portugese. Soon enough, the old language of the prayerbook revived and became as uniform as combat fatigues. The struggle for survival became more and more one of that of a nation and not an individual. Unlike the past, the Jews had the upper hand on their destiny.

Fast forward to two summers ago. Israel is being bombarded with rockets shot out of the area of the once flourishing communities of Gush Katif in the Gaza strip. Instead of using cement to build, Chamas and the populace that took those areas turned them (as we knew they would) into terror training campsites and launching pads for the aim- rockets on the Azrieli Towers in Tel Aviv. Both of our sons found themselves in the same place in that hellhole fighting shoulder to shoulder in the filthy streets and crawling through the  terror tunnels. They were entering terrorists houses that had been booby-trapped and fighting literally hand to hand in a combat of good against evil. Every day another soldier fell. Only a parent that has experienced this can know what it feels like. Every day and every night, bogey eyed, I would think about my boys and pray pray pray. I would think about the boys of other mothers, boys we had come to know and love as they forged a bond so deep, seared in loyalty to Klal Yisrael through their service. They are a collage of people from different places and cultures, kibbutznikim, Druzim, secular, Sephardic, Ahkenaz, urbanites, country folk, black, white even oriental, an assembly of love for Zion, like minded in their self- sacrifice for it and for us.

Today is Independence Day in Israel. There is no greater gift than independence. But there is a flip side – we all depend on each other. Like no other time in history. This is the glory that shines out brightest and is the light unto the nations. As we hold a candle to our soldiers, our heroes- for the safety and security and dignity of our people depend on them- we salute them on this day and thank them. We are freed in their toil, absolute in their sweat and in their blood. Today, Israel has an iron dome, an atomic bomb if needed but its greatest weapon is the unified force of Klal Yisrael on their own Land: