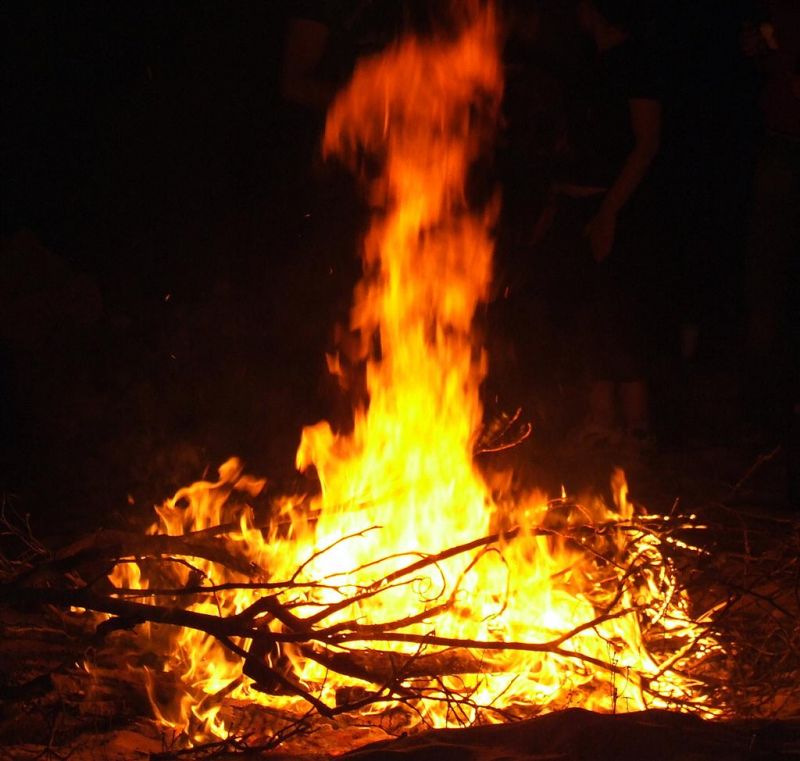 Lag Ba’Omer 2019 Almost forty years ago our dear friend Gilad Zar (hy”d) who was a land surveyor at the time, approached an Arab that lived close to the tomb of Itamar here in the Land of Shechem and asked him about the dry, arid hilly area just north of where they were standing. He replied- “Oh, we call that the hill of death because nothing grows there.” In fact, the hill he was referring to has a Tel (a mound of ancient ruins) on it called Tel Chiya meaning Hill of Life. There is an entire overlay of evidence of it having been a town thriving with people living drinking eating working and praying in it for generations through time from the early settlement period of Joshua Bin Nun all through the later Roman era. Thick oak trees once stood here and it took many years to clear out areas for the tribe of Efrayim to settle it at first. After the ten tribes were cast out and scattered at the end of the First Temple Era, its population began to ebb. Samaritans came to take over the settlements of Efrayim but it steadily declined until hundreds upon hundreds of years of neglect had it almost resembling a sand dune. Gilad was staking out a place to put down a new community on government owned land that lay vacant and empty rolling east to the slopes going down into the Jordan Valley. Putting forward the idea of settling this so not accommodating area was not an easy task to put forward. However, a secret lay waiting to be revealed on this wuthering heights. We take great pleasure in its rolling sweet green grassy hills today. What you see is not always what you get. There are deeper layers to what is revealed to the eye – especially here in Israel. And like the Torah, there are deeper intentions and nuances, hidden treasures if you just see when you look. He was able to catch sight of it. That’s when the days were days and the nights were nights. When we had one pay phone everyone used and no one was asking google because they asked their parents and grandparents. We experienced things for real and not thru digital gadgets. Today media smothers over the things we want to learn about and we know less than we did then. The truth is spread thin and as a picture, say, of Israel comes up, it can be laminated causing a shiny glare not letting you through to the real image. You may get a likeness at best. This goes also for people publicizing themselves via social media –but what do we really know about them? It seems to be an age of enlightenment but we live in dark times. Lag BaOmer is a special day that propagates a closer look at things. If we do them- we want a deeper answer- what was the intention there? It is symbolized by a great light, a great bonfire generating light and awareness as we remember a great sage, Rabbi Shimon Bar Yochay the “Bootzina Kadisha” the holy candle- who through his teachings in a dark time of our history held the light up and taught how to see things and not just look at them. Most importantly his teachings center upon cultivating our relationships with Ayin Tova (a good eye)- how we relate to those around us favorably starting with relating to ourselves. Taking into account that a terrible plague wiped out many Torah scholars at that time because of a lack of ayin tova, it’s a time for introspection on how to be a lighthouse to others, starting at home and branching out into all the realms in your life. Tikkun HaMiddot. On this special day, you can tap into knowing that Hashem is not a figment of your imagination but that he is actually speaking to you! There are spiritual echoes everywhere. Although the world seems it is never changing Israel is changing because the dry bones that were a clump of dust are coming to life. Lag BaOmer in Israel is the one greatest event of the year drawing more people to Rabbi Shimon- a phenomenon that we are able to understand the thirst of our people for complete redemption like never before. We just have to bend closer to look. We need to lean over to listen when we hear. We need to be a lighthouse. A joyous Lag BaOmer! Leah Goldsmith Image may contain: fire and night