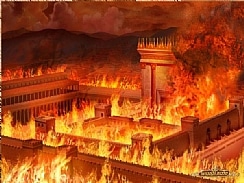 It was a hot day in Av during that mournful week of the Nine Days and we were hardly able to contain our glee. Just a few days away and we would be making Aliyah, starting a new story, taking a new road. Many years ago in the office of the WZO on Park Avenue, I gathered the last of the paperwork and turned to leave with a final shalom, gave a glance to the golden framed picture that so contrasted the grandeur of uptown Manhattan and the quality of our excitement. It was an image of a cluster of brown thorns and just vaguely the bud of a rose on a grey background. The caption underneath it read- “Israel- We Never Promised You a Rose Garden”. The picture brought me back into the general mood of the days you cry with history. History is laced with painful things. Especially for the Jewish people. 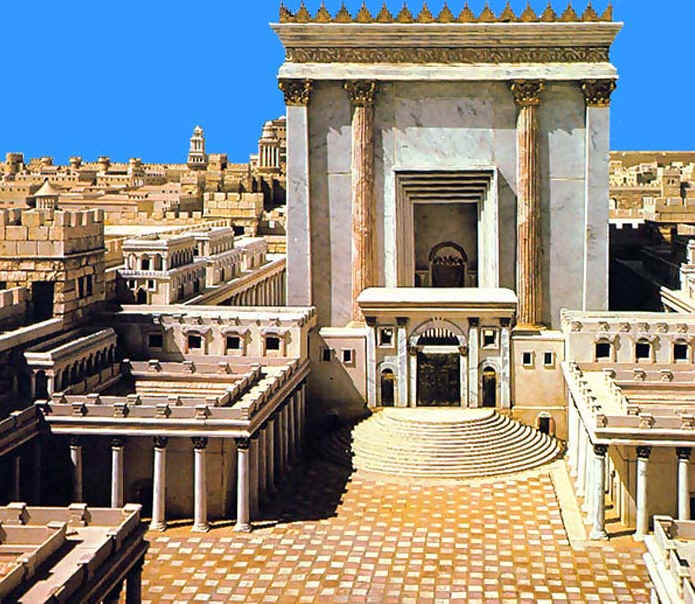 These are the nine days – a time we connect to in our history. As we sink into many dimensions of the territory of time, we know right beyond the bend the New Year is approaching fast with all newness and restoration. Thank goodness for that because being morose is not my forte.

Some years down the road and it was Av again. I was at the gravesites of Itamar and Elazar. In the dead of night, a projector provided light near the tombs so that we could pray. It’s hard to daven though in your Land at your ancestors’ gravesites when swastikas are the graffiti and you need soldiers to protect you. Someone was giving a Torah on the men’s side and I came closer to listen, away from the many tea lights lit inside the old mossy mausoleum where a small group of women were saying psalms. The Rabbi was speaking about the time of the destruction of our Hoy Temples in Jerusalem. His low voice told the story of Rabbi Akiva, Rabban Gamliel and Rabbi Elazar ben Azaryah who were walking along a road when they heard the rumble of the Roman legions coming with a great force that shook the ground from even far away. They began to cry but Rabbi Akiva began to laugh. They said, “Akiva! Why are you laughing?” He answered: “Why are you crying?” They said, “These idol worshippers who are strangers here and bow before images and offer incense to fake deities live and prosper and we who serve the one Hashem, His house here in Israel has been desecrated and burnt- shouldn’t we be crying!” Akiva responded and said, “This is why I laugh: If this is the lot of those who violate His will, how much more so will it be the lot of those who fulfill it!” – Another time they were ascending to Mount Scopus, the place afforded a perfect view of the Temple Mount. They ripped their clothing as they saw a fox coming out of the burnt Holy of Holies. They cried and Rabbi Akiva laughed. They asked him: “Why are you laughing?” He asked, “Why are you crying? They said, “Does it not say in the verse in the book of Bamidbar –” And the stranger who comes near shall die”, and now instead it has foxes walking through it. Shall we not cry!?” He said, ” This is why I laugh! Uriyah the prophet who lived during the time of the first Temple prophesized “Therefore because of you, Zion will become a plowed field, Jerusalem will be desolate, and the Temple Mount a wilderness.” This prophecy came true. We are witnessing it. The prophet Zecharya who lived in the second Temple period prophesized “Aged men and women will once again sit in the streets of Jerusalem.” “We lived to see the first prophecy come true and we are sure the second will too!” Then the Rabbis said, “Akiva, you have consoled us! You have consoled us!”

We can’t look back without our prophets and we can’t look ahead without them. Many strange events have been forecasted for the end of days. Many scholars that lived in the time of the second Temple discussed the end time and many said they didn’t want to be here when it happened. On one hand, it’s all coming true- every prophecy in a good way. On the other hand, as Hashem reveals His face, He hides it in bizarre frustrating events that have us baffled. We have an army, yet the south and many other places (including even here on Itamar ) burns to the ground and nothing is done.

Over two hundred missiles have been launched into Israel over the last few days as well as thousands of terror kites that have burnt hundreds of thousands of acres. Still waiting for a green light from our government to respond to these atrocities, the frustration mounts as change and progress move slowly, too slowly as the weeds and thorns take over the garden threatening to choke us completely. It has been thirteen years since the expulsion from Gush Katif. Thirteen years since our brothers and sisters were thrown into the pit exactly as when Yosef was thrown into the pit. Our Rabbis teach out that this happened on the ninth of Av when the brothers got four pairs of shoes from the Ishmaelites and sat down to eat bread. In the case of Gush Katif nothing was gained, no shoes and no boots. The media at the time was one mouth one message- Yes to the expulsion- no matter of demonstrations against, of heartbreaking scenes of families thrown out of their beautiful homes and gardens, of synagogues demolished, hothouses bulldozed- the objective was to give away our brothers for “peace” and quiet. We screamed NO. They didn’t listen and our own country’s government, army, TV, police were all dedicated and determined to listen to the devil and to acquiesce to the dark side. In return, our sons have had to fight in three wars since then. Our forecasts all came true as the arch enemy of Hashem sent in missiles as a present to us for our willingness for “peace”. They built terror tunnels and terror kites, terror balloons and have burnt the garden on our side of the Gaza wall where no weeds or thorns can grow now either.

Since then many have woken up to the true reality. Our media has taken thank Hashem great leaps in mirroring truth and has found ways to be an alternative to the radical left-wing propaganda. There is still a lot of fixing to do. In all realms, the bottom line reads very clearly like the day Joshua brought in all the tribes of Israel. You want to return to the garden? You need boots on the ground. Israel isn’t a mystical idea or a spiritual place in heaven. We are sowing in tears and reaping in joy. Hashem is doing it but needs you to fix it.

Were home in Israel. We laugh. We cry. There is no better consolation than building it and making it come to life again- how crazy after all these years! Mashiach we know is born ON Tisha B’Av.