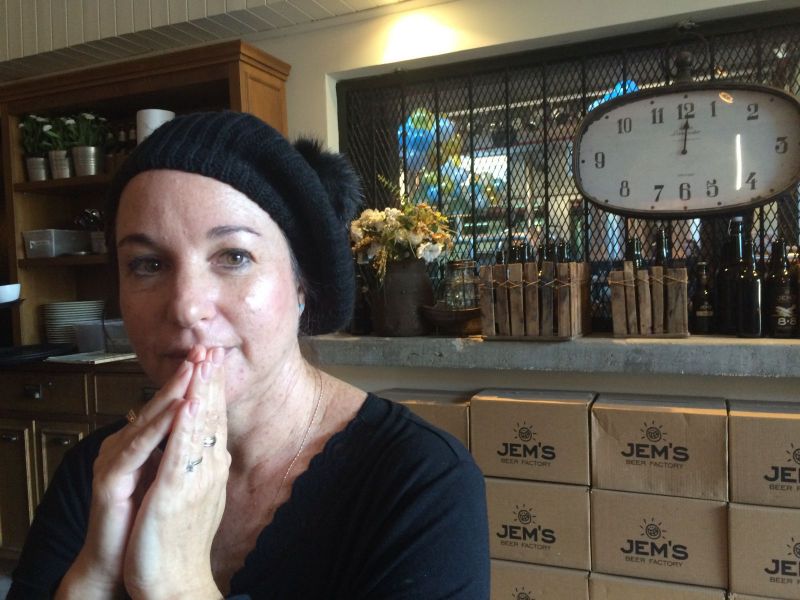 My jetlag is finally ebbing away. It was very redeeming, waking up in the blackest part of pre dawn- 4 AM every morning. Sitting bolt upright there in the dark I asked myself “If not now- when!?” as I made a dive for the koom koom (kettle) fixing hot coffee and soon enough day break flared into an apricot sky dyed glow, spreading slowly like a tide. I was slowly beaming back, morning by morning to that portal to Heaven- here, to the Land of KiTavo right outside our wet and cold window. Bliss.

It is not easy, this schlepping that we do, this coming and going several times a year into the abyss of the diaspora which got me thinking about BO and LECH. The pendulum of coming and going are reoccurring symptoms from time immemorial from Avraham Avinu to this very day. As we progress in our narrative from wandering Jew to Jew come home, the ideal for being a gesher tzar meod (a narrow bridge) between The Land of Israel and the people that are still in diaspora takes on a new urgency as time ticks slowly as usual but things speed up too. The message we bring is BO. “Come with us”. It’s less startling than “Lech Lecha!” There is a comfort about leaving a place together with someone. Like Moshe Rabbeinu, who throughout the whole exodus held Bnei Yisrael’s hand until it was time to go.

On this last trip we had a lot of interesting experiences and realized challenges that can only be discerned on the turf outside the Land, another planet literally. There were Rabbis we met with that said they weren’t READY yet for their congregations to hear about Israel. (yes, you read correctly). There were shules that would not have us at all and cancelled our speaking event at the last minute. (puzzled?) There were Rabbis that looked over our heads and not into our eyes as they didn’t have an answer as to why they forgot to invite us as planned- up the Bima to speak on Shabbat. There was even a Rabbi, white sparkle of light bouncing off his eye tooth who is endorsing the brainchildren of the Oslo Accords , (WTH!), the travesty that murdered most of my friends here. There were also Rabbis who dryly checked off a V in letting us in if at all, not smiling nor connecting on a human level with us even.

If I could, I would embrace any of the congregants of those shules and simply say, “Come!”

But there were also people who we had pleasure to meet and bond with. The AIPAC activists who feel that political activism there also makes a difference. There was a small but so sweet group led by an even sweeter old Rabbi who received us with open arms and wanted to hear the message of where we come from- what it’s like to live on the mountains of Israel. There is the pizza store owner who had taped up pictures of Itamar years ago in his store trying to bring the taste off Israel into his store in Eretz Goshen (Florida actually). We have to mention the clothing gmach lady that lives to send boxes to Israel, and the teddy bear like Tzaddik that has been supplying people out even on the furthest hilltops with Pesach food every year. Our wonderful brother and buddy from the Anusim– we go back 500 years together! Thank You for your networking for us- we have discovered a tidal wave of Spanish speaking people thirsty for knowing Israel. The “bulldozers” I like to call them- a woman whose every free moment is pushing the colorful, vibrant message of Eretz Yisrael come alive in that black and white movie so far behind the times there in that place of shteibels and black garbage bags. There are people there that if it wasn’t for them- we wouldn’t or couldn’t have gotten any of our mission off the ground like the pastor who runs a mitzvah mission collecting people off the streets and letting them have a second chance in life- reaching out close and far- to Israel, one of the first to stand on the mountain beside us way back in 2001.To our old childhood bosom buddy aised in the same playpen who despite being a criminal lawyer and in court every day found the time to actually drive us day and night to every event. Another childhood best friend who took me on nostalgic trips through Brooklyn making me realize where I came from (and appreciate even more where I went to).She infused me with careless laughter and fun times, the remedy for the sometimes very heavy burden of being the first ones to come to a place riddled with trials and tribulations and of course much kedusha that you pay for with never a dull moment, where selflessness is the name of the game as you leave behind puddles of sweat and blood. And of course there were the families that hosted us enthusiastically and generously despite their own burdens of family, parnassa and local tzeddakah projects and there are many- our own Goldsmith cousins in Brooklyn who if it wasn’t for their input- there would be no Friends of Itamar. No words. And of course to all of you, our steady friends and backbone.

To you we say “Go.” You are on track already- Baruch Hashem!

Hashem said to Avraham Avinu, “Lech lecha” I will show you. He later says Lech lecha again “Lech el Eretz HaMoriah” Go to the place of the Even Hashtiya– to the cornerstone of the entire world – and Avraham’s tenth and final trial in being asked to give up the thing he waited for most, the promised child. This is the final countdown. He should be paralyzed and frozen but the movement of Avraham going and bringing a burnt offering instead has him moving forward in complete faith into the light of the promise of LIFE for the entire nation of the Jewish people and for the generations through time to this day. In the tenth and final plague in our parsha, the setting in Bo is the blackest of night- but only for those that can’t see. Am Yisrael realizes it can’t be in Mitzrayim anymore. As Pharoh’s heart is made hard in the foreshadowing of the Exodus at that  witching hour as the spell breaks, all idols are bashed. Hashem is saying the ultimate power of life and death is in My hands. The ones that took heed moved on and lived.

All the signs of Mashiach are here today. What’s down is up – what’s up is down. The truth is hidden, chutzpah is flourishing in every facet of life. The wine is gold medal and expensive as it says it will be in the prophets and most of all, Eretz Yisrael is flourishing! You don’t need blood moons to see a sign, please! The month of Shvat is fixed at a hibernal time, really in the dead of winter, yet the life force is hidden and alive and kicking- this is the time to plant trees in the delectable rich earth of this Promised Land! There seems to be a complete hester panim in our day to day reality in Israel – there are knifings, traffic jams, rotten politics, bureaucracy ……..- there is always a flip side. One of the signs of this dichotomy is Hashem’s covered/revealed face in our parsha- in the plagues. The two entities of fire and ice in the form of hail have two opposites working together to shoot down the Egyptians. They come together to proclaim Hashem’s complete control in the chaos- all for one goal- to LET MY PEOPLE GO! But it is hard to see in the black of night sometimes. You can’t even move in it. If you can’t see, you can’t go which is why BO comes into play as you can literally pull someone out.

Hashem says “Come with Me”. He wants you to able to see, hear, feel taste and touch it. In the dark.