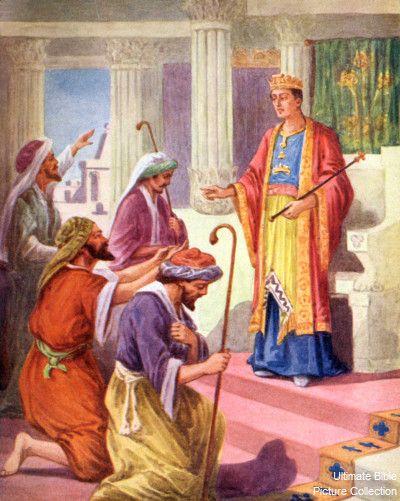 You know that part of the wedding when the photographer passes around the mike and poignant statements are videoed for life? Uncle Milty’s took the cake. “May you find what you’re lookin’ for!” he said as he couldn’t hide the look of “they’re nuts” on his face. It was the last hurrah as we were on our way to Israel, moving away from our beloved families and friends. In the chitter chatter of the talk and gossip, as wine glasses clinked mazal tov and the band played, I was already somewhere else listening to an inner voice, a distant shofar blast. God had plans for us, more than I could ever know. “They’ll be sorry!” “They’ll be back!” and lots of doubt surrounded the Moshe and Leah saga, chapter one- moving to Israel. We soon met the love of our lives (THE LAND!)and had a matrimony with the thousands of clumps of earth in this historic portion of the mountains of Yosef HaTzaddik. It was love at first site. Enthralled with the vibe and energy of this ancient treasure; it could not be put into words. Tens of phone coins into the one solitary pay phone settled worries back at our parents; we were totally thrust into another realm. Were there words for it? Setting up house was not an easy feat as more skeptical looks were met by the first stoic Israeli settlers who were dubious at these two Americanos. We were literally two kids from Brooklyn thrust into the wilderness.

Our favorite pastime was to walk the unbridled territory, unhampered, free to explore what is, what was, and later what would be. Old stone walls sunken and somewhat blackened in places gave a mysterious mood to the unexplored tels, wells and caves. If rocks could only speak! So many layers of history in one place! Yesteryear sealed my identity, and there was always the historic vista to back me up. There were plenty of times here that doubt ricocheted off the walls I’m sure regarding Israel succeeding in its mission through time. What was it like, I wondered, for Nehemiah to gather the builders of the walls of the Jerusalem at the return of the Second Temple? Sanbalat a Samaritan and leader and official of the Achaemenid Empire of Greater Iran lived right here and opposed the return and said, “What are these pathetic Jews doing?… Are they going to recover useful stones from piles of rubble, burnt rubble at that!?”Will they complete their restoration from these heaps of dust in a single day?”(Nehemiah 3/34) This was the route to the Temple coming from the north and east. I’m thinking about how while the Temple stood, half were holding cement, half spears and arrows. Nechemia had a shofar blower with him for sounding the peaceful rebuild and for sounding the battle against hateful enemies. He said, “When you hear the shofar, Hashem will fight!” Build the wall and finish it! Not many did come to heed his call, some tens of thousands only. The rest doubted.

Parshat Vayigash can be summarized by the Tehillim קיח.כב – “אבן מאסו הבונים היתה לראש פינה” –”The stone which the builders rejected has become the chief cornerstone.”  Yosef was vetoed, suffered in captivity, and disappeared into thin air only to be revealed as the top dignitary living a life of success, blessing his family along with all of Egypt and her surroundings. People came from far and near to be fed by him; He was at first doubted by his brothers who did not believe in his pipe dreams. Fast forward. Through the long exile replacement theology cast a deadly doubt on Zion. Today she is revealed.  Israel is standing as a superpower and source of vitality that cannot be ignored by anyone. Hashem reveals HIMSELF in the living soil of Israel. Yet, even now, there are plans to put obstacles before us and prevent Geulah, just like the time of Nehemiah challenged by the proxy leaders of Iran as well as people that prefer to bury their heads in the sand. There are still many people that cast a doubtful look at me and think, “still crazy after all these years as the term “west bank” conquers the narrative, wearing a mask over the face and mouth of revelation. This year, the tenth of Tevet falls out on Vayigash and the coming together of Yehudah and Yosef. We remember those who stood like watchmen on the walls then and now. It takes a leap of FAITH to have the knowingness of the bull’s eye, the bottom line. I would like to take this opportunity to thank all the dear Friends of Itamar for believing in our cause of restoration even when the stone seemed rejected by most people and governments- YOU stood by us, held us up and reconciled. You took responsibility for the families here, for your brothers and for THAT- please know that Hashem will surely BLESS YOU GREATLY!

Please bring your friends and share about us on Facebook or on our web page: touritamarsupportisrael – Shabbat shalom and stay in touch! Leah