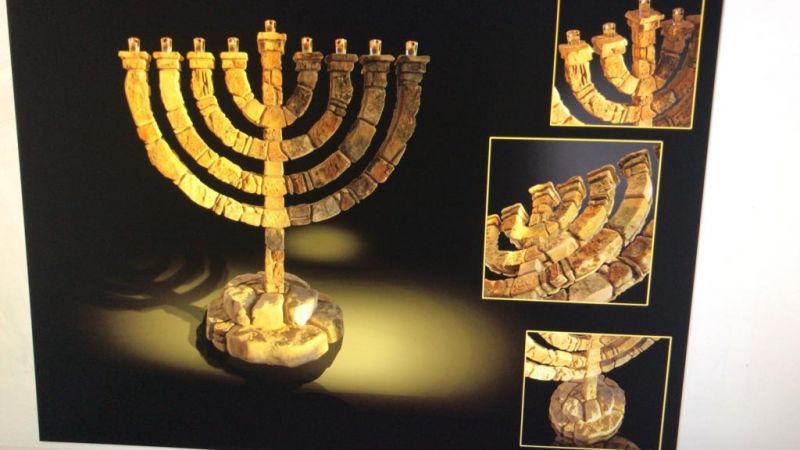 Parshat Vayeshev Dec 19 2019 While events that happened yesteryear run parallel to history, the way we perceive them through the ages changes depending on our traditions and the way we apply them to our own identities. Which of the occurrences brought down in the chronicles of history truly happened? Was it what the broader world historians say or the lights of what our parents bring down to us who brought it down from their parents that inherited from our ancient sages, being reviewed every week when Parsha is read from the Torah, because that’s where it all began. Was ancient Egypt and Greece the cradle of the modern foundation of western civilization or were Israel? Who brought an ethical moral guide and sophisticated commandments dealing with every realm of morality fairness and tzeddaka vs. the great empires of so-called culture, politics, philosophy, art, architecture imbued with slavery, hedonism, idolatry and greed. Egypt enslaved the nation of Israel. Greece came as a force that came to put out the lights in the Temple. Rome destroyed it. Who is trying to rewrite history, even today? The idea of the Maccabees of the Chanukah story today in our present timeline in the strong standing upright superpower position Israel is in (as Yosef says (קם וניצב- comes to slap replacement theology in the face. To even imagine through the dark ages, middle ages, through the inquisition, the Pale of settlement and pogroms, Jews in north Africa fleeing for their lives and the holocaust, that the counter intuitive dreams of the Jewish people would be to return as a stronger force at the end of days is to reassess the past. The world was all BUT convinced in this and many people still hold on to old world opinions. It is not by chance that Chanukah always falls on the parshas of Yosef HaTzaddik who not only knew how to rise above it even in the most extreme circumstances of being left to die naked in a pit that he was thrown into by his own brothers who were all BUT convinced of his dreams. Yosef knew that the lowest points would eventually reach heights that would counter intuitively turn seven starving cows into pragmatic solutions that would feed the world. It was always the few Jews in the ocean of humankind that have shaped history leaving their imprint in making the world a better place. Nations have risen and fallen, empires that have punched with an iron fist have completely withered away but Israel has all our dreams waking us up. From the early days of the idea of Zionism, the meaning of Chanukah topped by the stars of the story- The Macabees came to represent the NATIONAL HEROES of Israel. Theodore Hertzl wrote in his book “The Jewish State” -“I believe the wonderful race of the Jewish people will sprout forth and the Macabees will again come to life.” It has always been the few in the hands of the many- like Yosef who provided numerous fold wheat and oil when there was none; like the Macabees who drove away the impure spirit and secured autonomy and sturdiness, and like the few great heroes that liberated our Land for us and established our own modern state- against the odds. So crazy after all these years. We can stand in a new identity as “One man with one heart and Shechem echad al achecha”. This Chanukah we will live the verse from Isaiah 2:5 – “בית יעקוב לכו ונלכה באור ה””O House of Jacob, come let us go in the light of the Lord.” Shabbat Shalom! Chanukah Sameyach!-