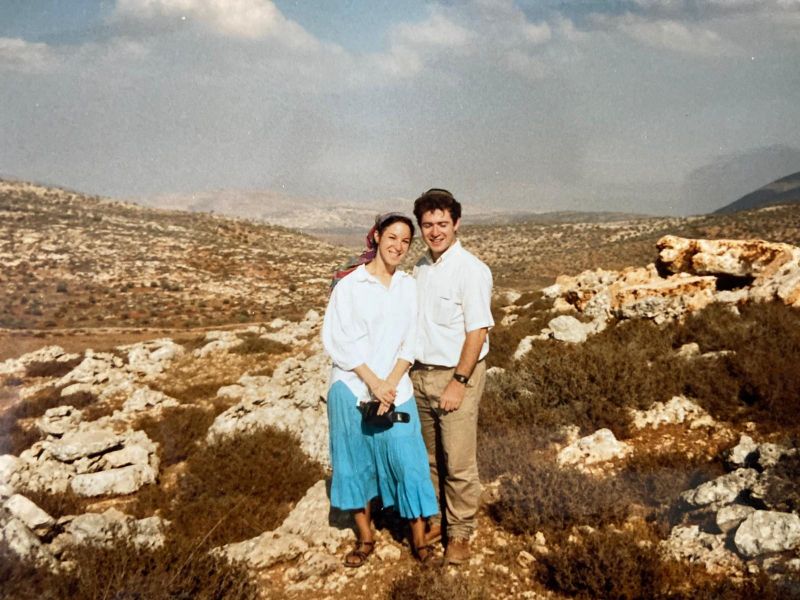 My maternal grandmother of blessed memory was a firestorm! She had a strong German accent, orange eyes and a peppery personality. She did everything she could to show loyalty to the country that took her and my grandfather,my mom and her brother in 1938 when they took one of the last boats out of Cologne. Growing up in her ambience felt safe secure and was laced with fragrances of her delicious cooking and baking. I was actually the first generation American and she was proud of that. My identity was all about the cozy nostalgia New York afforded me in apple pie and Chevrolet. As I matured I dabbled in all aspects of the local culture, hanging out on “the block’ with twenty of my peers. By the time I was sixteen I was going to a public high school, not yeshiva, there I met so many Jews that were not observant and obviously very different than myself who had a Torah observant upbringing at home. Meeting assimilated Jews had me validating my own identity. Years later, an impacting event for me was one day when grandma asked my future husband “Moshe- why the tzitzit?- At least tuck them in!” she said pointing to his fringes. “Don’t stand out so much!” she said.The perfect idea for her was for us to blend in, like all Americans did at that great time of the 1980’s, basically- disguise your identity. Standing out sometimes entails standing up for ideals, for standing apart in a unique recognition of tradition and self –sacrifice in this case. In a way, she was right- it contradicted being there and not where we belonged -in Israel.

Parshat Re-eh is a historical substantiation of Israel as a nation in the Land of Israel. After passing through the Jordan and reaching on that day the holy site of the Blessing and the Curse on the two mountains of Gerizzim and Eval, a specification was made: “This day you become a nation to the Lord your G-d.” The long journey ended after forty years in the desert, with numerous ordeals there when many had asked to return to the place they considered home- Egypt, conveniently forgetting they were slaves there.  Those people believed their roots and original identities were in Egypt, like that nostalgia we all feel about where we grew up. On the day Israel entered the Land the passuk emphasizes “This day you have become a nation.” On Sinai at the beginning of the journey home upon receiving the Torah, Hashem said in a future tense- “and you WILL BE a chosen nation”- (והייתם לי לעם (סגולה when you come into the Land. This Parsha is THAT time. The engagement party was at Sinai- the wedding ceremony on Mount Gerizzim and Mount Eval.

Let’s fast forward. My family has been on a journey. Next week will be our Aliyah anniversary of thirty- five years. Watching the scene of the Parsha from the bleechers here is incredible. Not too long ago, our sons had a mission of camouflaging like a rock and just remaining in that disguised way immobile for days on end on Israel’s northern border. They, under no circumstance could stand out. Camouflage involves deception, whether by looking like the background or by resembling something else, which may be plainly visible to observers. In this case- here in Israel for this particular story- it’s to protect her in total selfless dedication. Here in Israel, you’ll see lots of tzitzit. You’ll see IDF livery. People don’t stand apart, they blend, from all walks of life, from every country under the sun where they had been thrown during the long exile only to again- become a nation in the Land! The sons have returned to the fathers and confirm the Divine domain. She is again a nation restored to her Land. No one can remain indifferent to her light. Re-eh- see her standing up – and out.   Shabbat shalom!