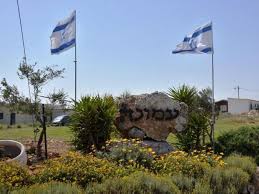 In a few weeks we will be reading the Torah portion about Yaakov Avinu being presented to Pharoh. Taking one look at Yaakov, Pharoh blinks a few times because he thinks he is seeing Avraham Avinu; so much was the likeness as well as the fact that a very very old and weathered looking man stood before him. Pharoh asks Yaakov, “How many are the days of your life!?” and Yaakov answers, “The days of the years of my sojourn are 130 years. Few and hard have been the days of the years of my life.”

This parsha has us viewing Yaakov Avinu in his prime years, but even then he is featured as one lame and limping -but persevering. Yaakov dreams about a ladder, about scaling the rungs on his path through the Land, in it and out of it and returning to it. He reaches the place of Shechem, the literal place of scales and he must hold on tight not to tip the scale. The whole scope of his journey is one of his being whole as he escalates- He comes to Shalem and our esoteric teachings bring out that he is the one that is actually shalem- whole in his body, soul and Torah wisdom. He is rebranded into a new identity- Yisrael. The Bnei Yisrael- all twelve tribes of Israel come from him. Yaakov’s integrity in staying the course is owed to his blessing Hashem and thanking him- “קטונתי מכל החסדים ומכל האמת” –After enduring one test after the next, he doesn’t falter –he just keeps climbing. The ladder can be seen as life itself- the tests put before us, the material world and the beauty, love, goodness and sometimes the crazy hard stuff placed before you, the nisayone- the tests and trials that come sometimes from home, from family, from your neighborhood, from your country, from your government,or from another country, another realm. In Yaakov’s case, as we review, this began with his brother Esav, continued on to his father-in-law, another winner- his daughter taken, his son- sold by his own brothers and lots in between.- Nevertheless Yaakov does not quit. He keeps going and becomes completely liberated. He soon overcomes the emotional and technical obstacles with his brother, releases himself completely from bondage to Lavan and picks up his brood to move to Egypt where the son he thought was gone unifies and provides for them all. He is eventually layed to rest with his fathers in the Land promised-as it says in the passuk- “:I am G-d Almighty. Be fruitful and multiply. A nation and community of nations shall come out of you. Kings will be born from your loins. I will grant you this Land that I gave to Abraham and Isaac. I will also give the Land to your descendants who will follow you.” Yaakov is a story of complete faith. But he asks Hashem for help – as it says in the Passuk “הציליני נא!” – Save me Hashem! This is where the ladder reaches heaven. The dwelling place below connects to the dwelling place above. The spirit world is the force pulling us up.

Am Yisrael is an old old nation. Maybe even the oldest. Clearly the Jewish people have experienced more upheavals than any other nation on earth. The destruction of the First and Second temples had not been the only traumatic events, but there were wide scale reasons to think maybe Hashem waivered on his promise in woebegone happenings like the Holocaust and the Spanish inquisition as well as many other pogroms which led to mass murder of millions of Jews, of migrations and loss of home and property, and in basic dignity- BUT our survival has been unprecedented among the nations. Like Yaakov, we were and are able to confront adversity with positivism and of course for asking always for Hashem’s help and somehow pulling through. We have been in the Land and out of it and have returned to it. We have reached the very places of Avraham Yitzchak and Yaakov and now too, even after all of that- we still have to stand firm because at every turn we are told to give up. Our trials we feel on a daily basis. But we have reached the mount. There may be disorder all around, it may be hard and we may limp a bit- but we stand tall in the place it all began.

Dear Friends-Please please pray for Amona! Pray for a miracle to happen!