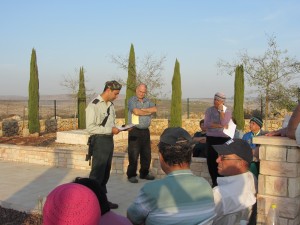 this week for Matan Zagron. Matan, who grew up on Itamar, later became our first officer of the young generation. Matan gave his life ten years ago when he jumped on a suicide bomber making his way to a crowded bus top in Ariel. Matan is an example of the amazing youth we have on Itamar. Everyone knows that the Itamar youth is the cream of the crop! They are an outstanding example to the youth of Am Yisrael. Let Matan be an example to all about what self- sacrifice for the safety and security of others is all about. A special project we have under way is setting up a lookout point from Mitzpeh Matan, a hill overlooking the view of the Jordan Valley that was dedicated in Matan’s name. Picnic tables, benches and gardening have all been done there to provide a place for tourists and families to enjoy. 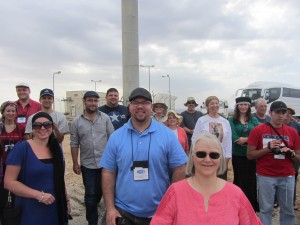 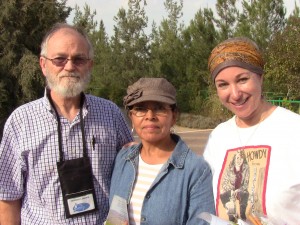 of tourists from the United States and 8 other countries that spent the day planting trees and touring our community. Enjoy the pictures and testimonies. 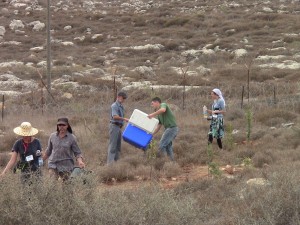 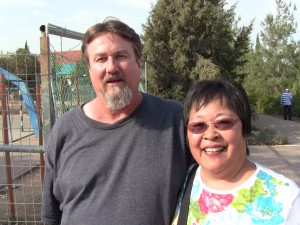 Itamar enjoyed the entertaining lecture of Rabbi Meir Schwartz who was the second lecturer in series of 6 lectures on the subject of love and marriage.

Mazal Tov to the Rekenati Family on the engagement of their son Yonatan to Bruria!

Mazal Tov to Claud and Orli Sabach on the Bat mitzvah of their daughter Shir.

Mazal Tov to Alon and Rachel Zimmerman on the Bat mitzvah of their daughter Bityah.

Watch Rabbi Goldsmith’s lesson on this week’s portion where he talks about true leadership.