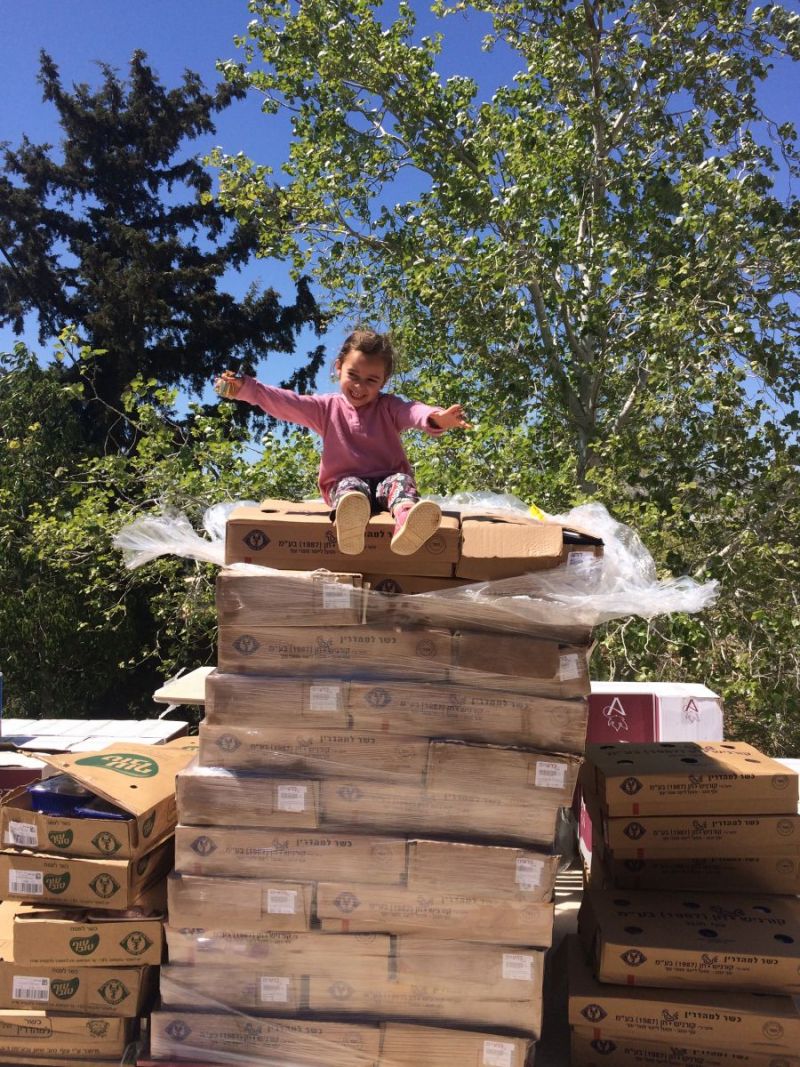 Friends of Itamar would like to wish you a Moadim leSimcha! Chag Pesach Kasher VeSameyach! The ambience is SPRING in its glory here. The fields and hills of the heart of Eretz Yisrael are alive and beautiful. One of the features that stand out right away is how the landscape is actually changing and taking form as the Land is being restored and revived. 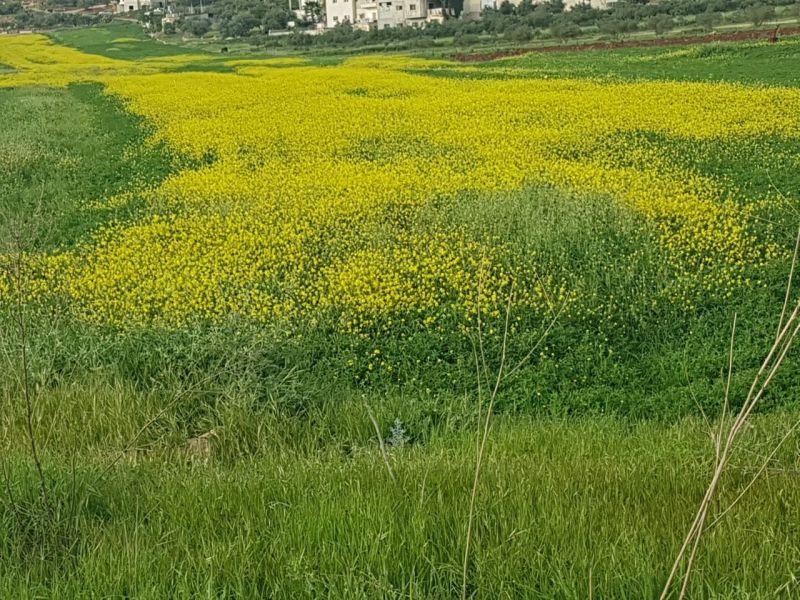 The peony is a deciduous bush which blooms from late April to May. The blooms are large and come in a variety of colors. There are three leaves on each stem and each leaf has three sections. The Peony is known to symbolize the riches of the earth and symbols of longevity. and good wishes. In Israel and abroad people adorn their tables on Pesach with these flowers grown right here on the Penini Farm in Itamar. 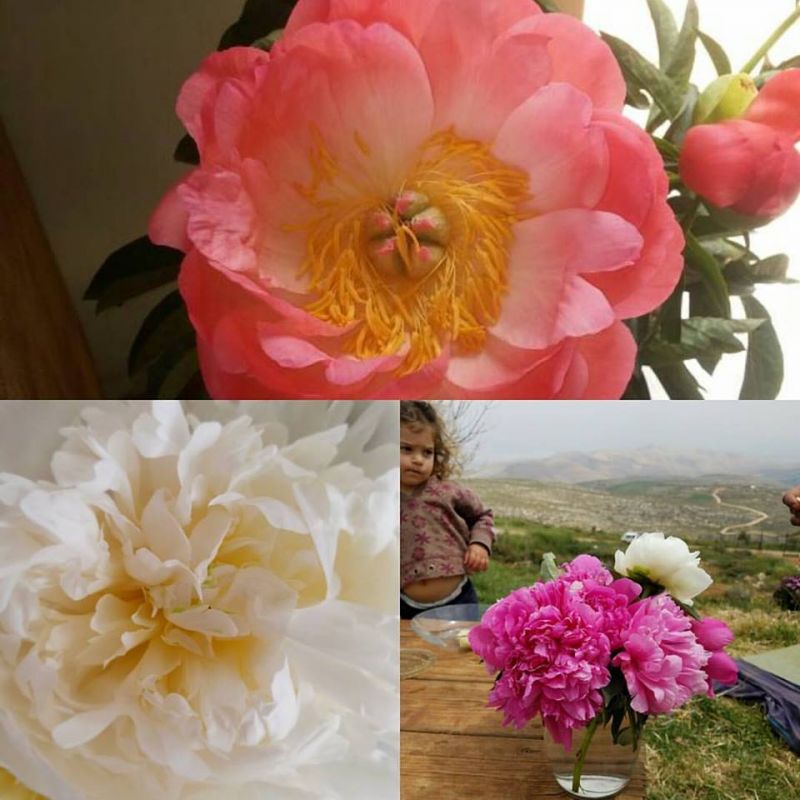 The Friends of Itamar had the privilege again to be partnered with the Bnei Israel Matzoh Fund in a huge undertaking of distributing tons of Pesach food packages to hundreds of families all over the Shomron. This chesed project is the brainchild of Alan Hirsch of Brooklyn New York who has worked nights as days to brute resources FULLTIME in order to put food on the table for families that have been affected by radical Jihad and the horrific mistakes of the Oslo Accords which left people widowed orphaned maimed and businesses destroyed. It is people like Alan and all of those who helped out with this undertaking that keep the world turning. We were able to distribute over two tons of meat chicken wine grape juice matzoh and other goodies. Hashem yivarech otchem – May Hashem bless and keep you!

Our children had a day in preparing for Passover and were able to help prepare in the making of Matzoh! 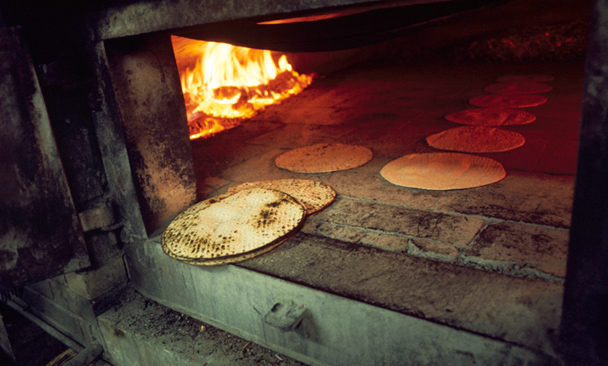 Hundreds of people came to visit Itamar Gem of the Hills this chag. There are many attractions here that bring people from all over to see. Here we are in an ancient water cistern now being renovated into a wine cellar. This cistern is part of a labyrinth of underground tunnels dug out in the time of Settlement of Joshua Bin Nun as the Bnei Yisrael entered the Land and settled it.

Friends of Itamar had an amazing entry into the site of the first altar built by Joshua and the tribes of Israel as they entered Israel for the first time after the exodus. Six tribes stood on one mountain (Mount Gerizzim) and six on the other (Mount Eval). There in that place they received the torah in ISRAEL as they reached the status of “AND I BROUGHT THEM”- finalizing the journey of the exodus. Resting there, they built an altar offering the first korban. In the early 1980’s an archeologist by the name of Adam Zartal discovered the altar on Mount Eval much to the chagrin of his peers. There was much skepticism in the finding but the more that was dug, the more revealed like the ashes of only kosher animals and the measurements of the altar including the ramp leading to it- the exact size spoken about in the Mishna and our teachings of the construction of the altar. 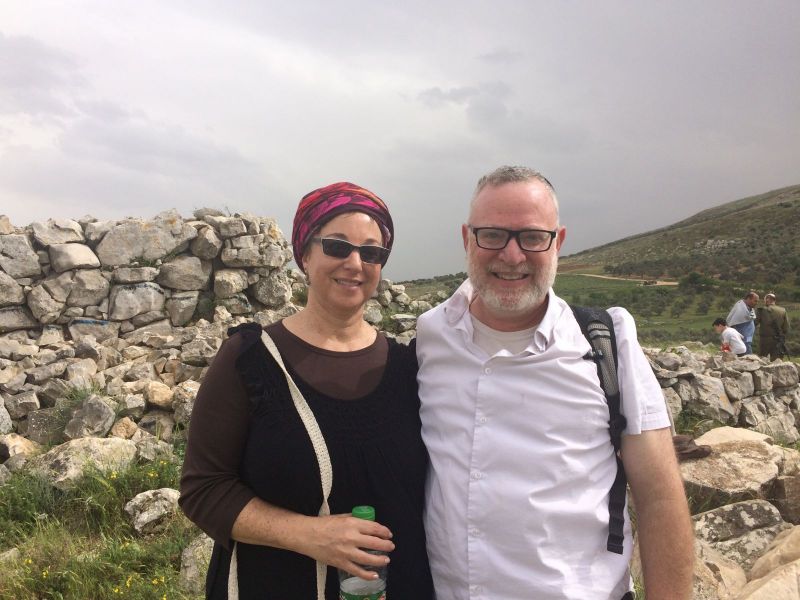 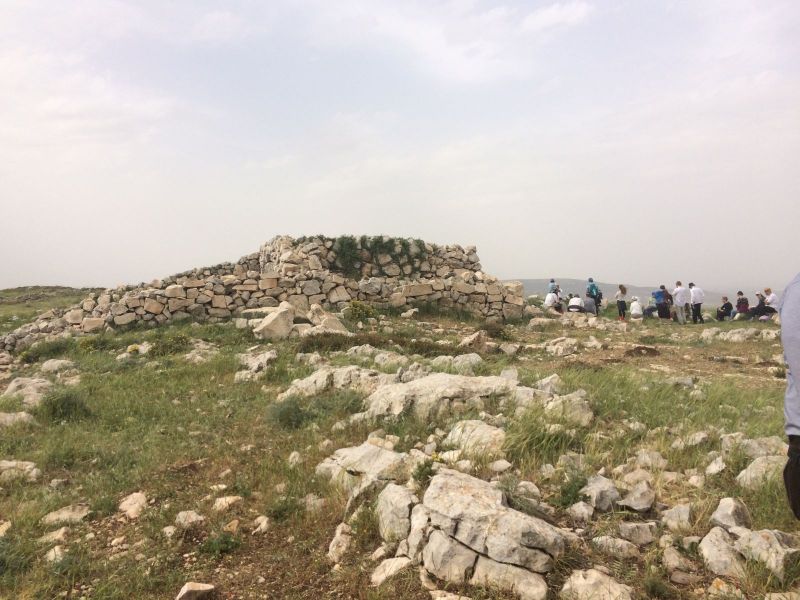 There were also seals found from Egypt that were made in the years of the plagues that were found there proving without a shadow of a doubt proof of the Passover story, a story we have been telling our children generation to generation from time immemorial. The site unfortunately has not be easily accessible since the year 2000 – for security reasons the army limits Jewish visits to the site to a few times a year – usually on holidays. Since this terrible time when also the tomb of Joseph was also burnt down it has been extremely rare to get up to the Mount and to the Tomb.

This area of Israel is the heart and soul of history and our future. We want to thank all of you for standing with us in this very critical time of safeguarding the eternal promise. TODA RABA RABA! We appreciate beyond words all you have done for us out here – please encourage your friends to learn more about Itamar and the heart of Israel!