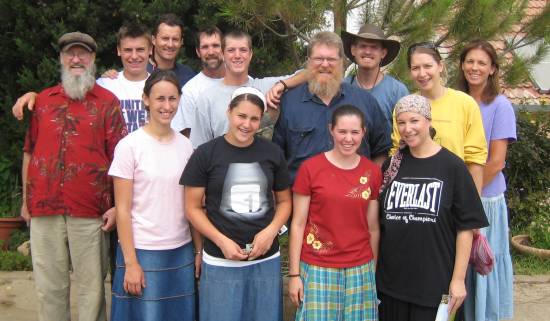 Special once in 7 years Mitzvah opportunity- read carefully.It is interesting, that although the Sabbatical year only applies to the land of Israel, there is a law in the Torah that is directly connected with the sabbatical year, which also applies to places outside of Israel. This law is called Shmitat Kisafim. This law is mentioned in the Torah in the Book of Divarim. (Deuteronomy 15:2) the law states “At the end of every seven years you shall make a release. This is the manner of the release: Every creditor shall relax his hand from the loan which he has lent to his neighbor; he shall not demand it of his neighbor, or of his brother; for a release to G-D has been proclaimed.” This means that any money that was loaned to someone during the seven year cycle of Shmita that was not yet paid back by the end of the sabbatical year becomes a gift to the debtor. This is the reason why the great scholar Hillel the elder enacted the Prosbul. The prosbul was enacted in order to prevent harm the lenders. As the Sabbatical year approached to remit all debts the wealthy were afraid to loan money fearing that they would not be reimbursed. Hillel, therefore, instituted the Prosbul which in short gives the power over the loan to the court and in such an instance the law of loan remission does not apply. Every orthodox Jew today writes out a Prosbul right before the end of the Sabbatical year in order to be allowed to collect his loans without transgressing the Torah.

THOSE WHO WANT TO MERIT IN THE SPECIAL MITZVAH OF LOAN REMISSION GIVE A LOAN TO THE NEEDY AND MAKE A CONDITION THAT THIS LOAN WILL NOT BE INCLUDED IN THE PROSBUL AND THUS AT THE END OF THE YEAR (THIS COMING MONDAY) IT BECOMES A GIFT TO NEEDY ONE SINGLED OUT IN THE LOAN. OUR SUGGESTION TO YOU DEAR FRIENDS OF ITAMAR IS THAT YOU SEND IN A LOAN TO THE FRIENDS OF ITAMAR EARMARK THE CHECK “SHMITTA REMISSION” MAIL THE CHECKS TO FRIENDS OF ITAMAR ATTN. LESTER GOLDSMITH 1483 EAST 34TH STREET BROOKLYN NY 11234 AND THIS WAY YOU WILL BE DOING THE MITZVAH OF LOAN REMISSION BY BUILDING THE LAND OF ISRAEL. PLEASE PASS THIS MESSAGE AROUND. AS LONG AS YOUR CHECK IS MADE OUT BEFORE MONDAY THIS OPPORTUNITY REMAINS VALID!

1. Mazal Tov to the Shtattman family from Yitzhar that had a Brit Milah for the new born boy this week. Two weeks ago there nine year old boy was stabbed in the back numerous times by a terrorist who burnt down their neighbors house.

3. Itamar welcomed visitors this week from Tennessee, Virginia, Washington, and North Carolina. They were a real special group who came to spend a few months and help out farmers in the area. Yasshar Koach to them and others like them who are so devoted to the land of Israel. 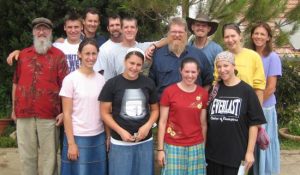 4. There have been several attacks by terrorists on soldiers stationed at the near by Chawara junction just minutes from Itamar. In two incidents acid was thrown into the face of soldiers.

5. Special thank you to Allan Hirsch from Brooklyn for sending honey, wine, and grape juice for families in need of help for the holiday and Shabbat