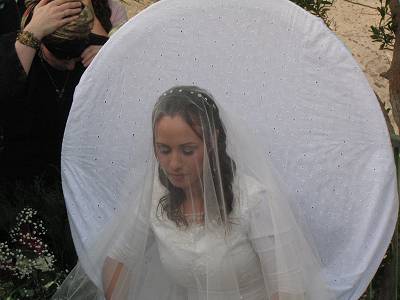 You probably read about last Shabbat when a terrorist infiltrated the near by community of Yitzhar and stabbed a nine year old boy after setting fire to a house in the community. Thank G-D the boy survived the attack having been stabbed numerous times in his back. The boy happens to be the son of one of my friends and fellow Rabbis that teach in the Itamar Yeshiva high school – Chitzim. Another miracle in this story is that my niece’s husband’s sister had guests that Shabbat and they were supposed to sleep in the house that was attacked. The family that went away for Shabbat forgot to leave the key and it worked out that the guests slept in a caravan. If G-d forbid they would have been in the house they would have all been burnt to death.

On Sunday some terrorists set fire to the Itamar forest intending to burn down some of our houses that border the forest area. What is absolutely ridiculous is that the Israeli news reported that it was Itamar that set fire to the forest in order to burn down olive trees and prevent the Arabs from yielding their crop. The army verified the fact that Itamar did not set the fire. This of course did not stop the media from bad mouthing us as usual. (By the way this year alone tens of times the neighboring assailants have fire bombed our fields and caused fires in our community’s surroundings.) This terrible prejudice against the people of our area is, unfortunately, too commonplace here. Olmert together with other government officials and the media are always so quick to put the blame the Jews of Shomron and Judea in every opportunity. I didn’t hear a condemnation of the attempted murder of the boy and the burning down of someone’s house that he just finished building. Instead they focused on the fact the house was built illegally and the retaliation by the people of Yitzhar. What is illegal about building on our precious homeland? Let the truth be heard!

The people of Itamar and the other communities in Shomron and Yehudah are wonderful. Their whole lives are devoted in building the land of Israel and holding on to it for all of Am Yisrael. The soldiers that live on Itamar and the surrounding areas serve in the most elite units in the Israeli army. No matter how much our youth are abused by the media and left wing – their spirit is always high and they choose to serve in the army in the most elite units endangering themselves! They have one goal in mind and that is to help Am Yisrael survive. They deserve a Yashar Koach. I will give you one small example of an Itamar resident , who serves in a very elite unit, did not stop his training although he broke his finger and was told to rest up for a couple of weeks. Where is justice? Of course, the answer is with special friends like you all are, that love Israel with all your hearts and souls, I have no doubt that we will see very great things happening in Israel soon!    Moshe Goldsmith 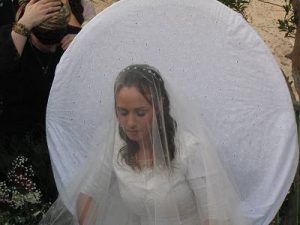 1. Mazal Tov to the Head Choshen and Richman families upon the marriage of their children!

2. The Itamar Yeshivah high school started a very special program this new school year. The high school boys have a few hours a week lessons on raising farm animals like – horses, sheep, donkey, chickens etc. The classes are given by the David Itzik; one of Itamar’s dear residents who built a petting farm and is always expanding. One great project that David wants to do with the boys is creating a bird watch center on his farm. Itamar is situated along the migration route of the numerous birds migrating back and forth from Africa to Europe. The idea is to set up a pond that will attract these birds and this way our students will be able to observe and study the birds from up close 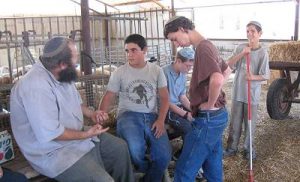