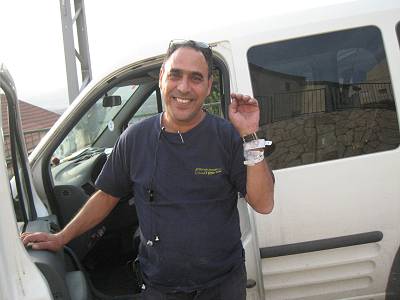 1. Itamar wishes a big Mazal Tov to Boaz Shabo on the birth of triplets (a girl and two boys) on Succot. Boaz was one of the founders of Itamar and suffered the terrible tragedy of loosing his wife and three of his 7 children at the hand of terrorists on Itamar. (See link) The miracle is that G-D blessed him with three new precious souls! Boaz already gave a name to his daughter Yahil Simchah (Simcha named after Boaz’s mother who recently passed away and Yahil referring to light. After the terrible darkness Boaz has now been blessed with light. The two boys don’t have names yet since their circumcision has been put off until they get a little bigger. In the name of the community of Itamar we wish Boaz and his family only happiness and success with a lot of nachat from his children. Please enjoy the picture of Boaz wearing on his arm the three bracelets of his new born babies. 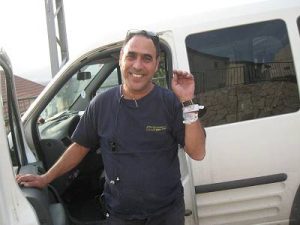 2. Itamar welcomes the visit of David Shonefeld from Staten Island who came to Israel just for two days to hold a memorial service for his father, Yosef, a survivor of Auschwitz. Since the passing away of his father, he and his brother have been coming to Israel every year to perform the memorial ceremony in different communities in Judaea and Samaria to show their solidarity with the people building the land. This year they chose Itamar. David commemorated his father by making a Seyum (completion) of the tractate of Nazir, which was attended by the tenth grade class of Yeshivat Chitzim. 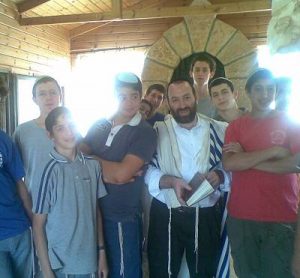 3. Every year during the olive picking season there is a tense atmosphere around the community when the army and police allow nearby villagers to come and pick olives on trees below Itamar. Today the army caught one taking videos with his cell phone of the Itamar security fence and army watchtowers and stations. His intentions were quite obvious. The terrorist was arrested and taken away for investigation. This has been successfully done with our surveillance system.

4. The olive picking season creates a lot of happiness as well -when residents of Itamar and from the surrounding communities bring in their olives to be pressed for oil to the olive press of Barak Melet. Please enjoy the enclosed picture. 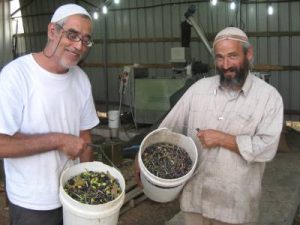