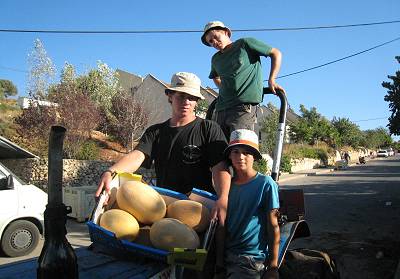 1. This passed Sunday, Erev Rosh Chodesh Av, The Itamar ladies went on a special outing to a spa near Haifa. They had a great time and they want to thank the special friends of Itamar that helped them make the outing become a reality. 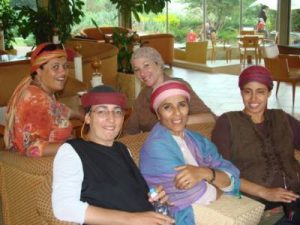 2. The Itamar campers took a tour today, Thursday July 19th, along the famous tunnels of the western wall in Jerusalem. After the tour they walked around the streets of Jerusalem raising money for the Sefer Torah project.

3. Ephraim Miller was granted the Itamar agriculture award for the month for growing the most delicious melons on the precious soil of Itamar. His brother Yonatan is going to plant a vineyard next week which will be named after their father who was murdered by terrorist two summers ago. 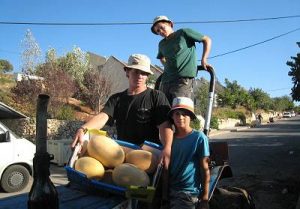 4. A herd of deer was seen between the slopes that lead from the Jordan valley to the mountains of Itamar. 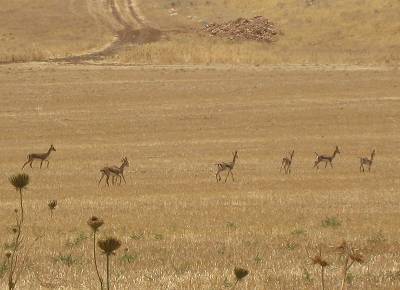