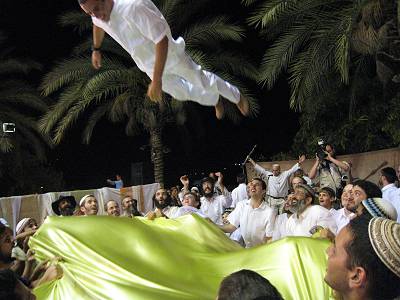 1. Harav Tzvi Tau at the memorial service of Shlomo Miller, Itamar’s former security chief who was murdered by terrorists on the hills of Itamar three years ago. The memorial service was held last Friday on Mount Olives in Jerusalem just a few days before the wedding of Shlomo’s son Eliyahu. (see pictures of wedding below) 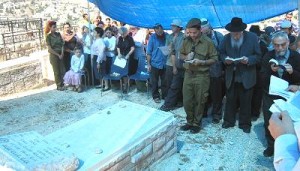 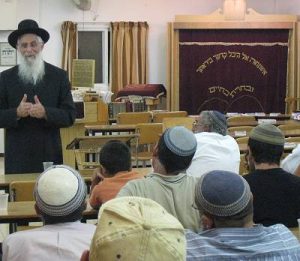 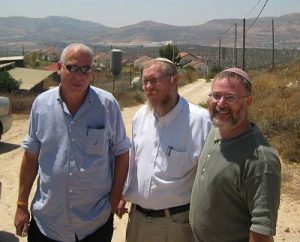 4. Mazal Tov to Esther Miller and Hagar Zar on the marriage of their children Eliyahu and Rin 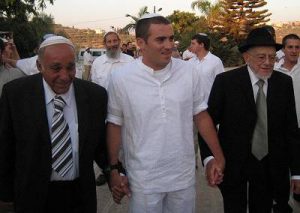 ana. Esther and Hagar both lost their husbands in terror attacks. (Esther standing on the Left next and to the right of her Hagar) 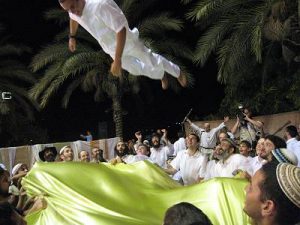 father Shlomo and Rinana’s father Gilad didn’t merit in walking their children on Thursday night to bridal canopy. Instead the two grandfathers Moshe Zar on right and Ariyeh Miller on left that both lost their sons had to do it instead.

6. The groom Eliyahu being thrown up in the air at his wedding celebration.