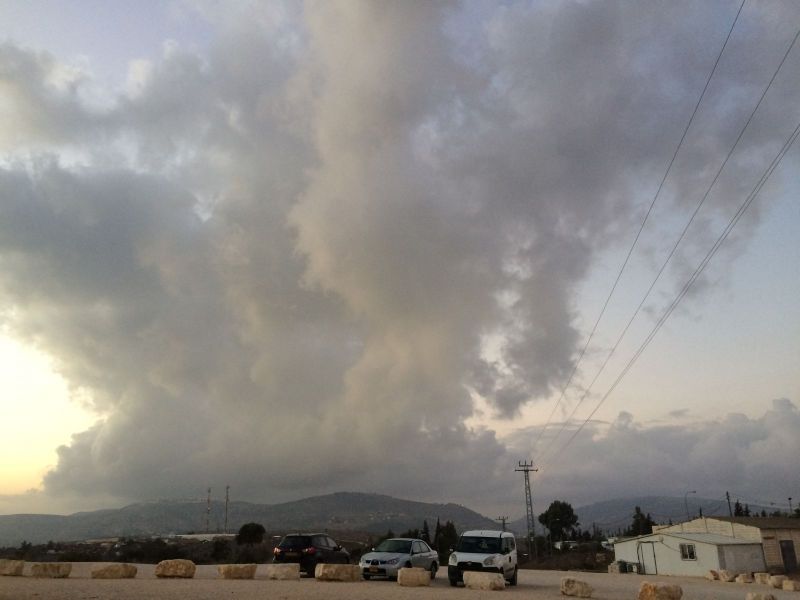 Parashat Vayishlach – A Display of Unity

Last night, on the eve of the fifteen day of Kislev 5776, a very special wedding took place in Jerusalem in Binyaney Haumah. Sarah Tichyeh Litman, the precious bride, who lost her father, Rabbi Yaakov Litman, and her brother Nitanel, just two weeks ago in a brutal terror attack, was married to Ariel Beigel. The wedding had to be postponed by ten days because of the horrific circumstances. Not only the date was changed but the wedding was no longer an ordinary one of family and close friend invites. Sarah and Ariel decided to change everything by going ahead and inviting the entire nation of Israel to participate in their simcha. Not only did the chief Rabbis of Israel, Rabbis of cities, government ministers, the wife of Israel’s prime-minister attend, but even Jews from the Diaspora flew in especially to celebrate together with the young couple. For some of them, it was their first trip to Israel in their lives. The renowned singer, Avraham Fried, surprised the couple when he showed up to perform in their honor.

This amazing demonstration of love and unity is what Israel is all about in its inner essence.  A deep look into this week’s portion reveals this fact.

After Yaakov struggles with the angle the Torah describes his injury. “When he saw that he could not prevail against him, he touched the socket of his hip, and the socket of Jacob’s hip became dislocated as he wrestled with him.” (Genesis 32:26)

A question that comes to mind is – why does a personal injury of Yaakov result in the entire nation of Israel not being allowed to eat this part of an animal forever. Before we answer this question, let us learn a little bit about the prohibition of the forbidden sinew.

In the tractate of Chullin chapter 7 Mishnah 6, a debate is brought down between Rabbi Yehuda and the sages. The argument is over the application of the law of “Gid Hanesheh” – the prohibition of eating the sinew (it is identified with the sciatica nerve). Does this prohibition apply only to kosher animals or to non-kosher animals as well? In other words, if someone were to eat the Gid Hanasheh sinew of pig would he be transgressing Torah law or not? Obviously, there is a prohibition of eating pig; so one would have sinned anyway by eating a part of a non-kosher animal.

According to Rabbi Yehuda, one who eats the Gid Hanesheh of a non-kosher animal transgresses two offenses – one for eating a non-kosher animal and one for eating the forbidden sinew.  His reasoning he bases on the fact that Yaakov and his family lived before the giving of the Torah and were allowed to eat non-kosher. Therefore, since the Torah brings down in relation to Yaakov’s time this prohibition, it means that it applies to all animals whether kosher or not. Nevertheless, If Yaakov’s sons were to eat Gid Haneshah they would be transgressing only one offense since they are allowed to eat non-kosher animals. After the giving of the Torah one would be obligated for two offenses -eating non-kosher and for eating the forbidden sinew. (It is important to note that although, Yaakov and his children were allowed to eat non-kosher since the Torah was not yet given on Sinai, nevertheless, our sages teach us that they did not do so since they kept the entire Torah before it was given, therefore the above debate is theoretical)

The sages in this Mishnah disagree with Rabbi Yehuda and hold that the law of Gid Hanesheh applies only to kosher animals. They explain that the law forbidding the sciatica nerve was given at Sinai and was written in the Torah by Moshe in relation with Yaakov to give the reason of the Torah’s prohibition. The Rambam in his commentary on the Mishnah brings down a cardinal rule regarding Torah law based on the above opinion of our sages.  All Torah law obligates the nation of Israel only because Moshe Rabeybu was commanded by Hashem after the giving of the Torah on Sinai. Earlier prophecies to other prophets do not obligate the people of Israel to fulfill the commandments of the Torah. In other words, we do circumcision not because Abraham did, but because G-D told Moshe on Sinai that we are obligated to do so. In the same light, we are prohibited to eat the Gid Hanasheh not because of Yaakov’s prohibition, but because Hashem commanded this injunction to Moshe Rabeybu on Sinai.

With this introduction, we can now get back to my original question – why does the personal injury of Yaakov lead to the prohibition of eating the Gid Hanasheh? Different reasons are brought down by our classic commentators. I will mention here a few of them.

The famous Sefer Hachunuch in the 13th century writes that the reason for the prohibition is to strengthen the children of Israel in their struggle with the Edomite nation and its decedents until the awaited redemption. Just as Yaakov was able to overcome the angel, the same way Israel will be able to persevere despite all its great challenges that it will face in the course of history.

The Chizkuni, also in the 13th century, explains that this prohibition was a punishment to the children of Israel for leaving Yaakov alone as the verse says – “And Jacob was left alone, and a man wrestled with him until the break of dawn.” (Genesis 32:25) Yaakov should not have been left alone by his children.

The famous Rabbi Shlomo Ephraim Miluntshitz 17th century in his famous commentary, the Kli Yaakar, explains that the Gid Hanesheh represents the investigation of hidden things. Things that are beyond the scope of man’s intellect. Only few selected individuals, like Rabbi Shimon Bar Yochay, the famous author of the Zohar, can enter into such realms. The laymen, however, must stay away from such investigation it could G-D forbid lead him to the path of destruction. Therefore, by not eating the Gid Hanasheh which is a hard tough sinew, we are taught to stay away from hard touch issues that are beyond the scope of our understanding.

After the amazing wedding last night – here in Israel, I had an insight that answers the above question as well. The prohibition of Gid Hanesheh must awaken within the hearts of every person empathy and compassion for his fellow brother and sister. If Yaakov was hurt and limping then his children must demonstrate their sympathy and understanding to his plight. This is why they were forbidden to eat the Gid Hahesheh. This commandment was given on Sinai to Moshe Rabeynu to implant within the hearts of the people of Israel this important lesson of identifying with the pain and distress of a fellow human being. This is what the name of Israel means. The name Israel literally means –  straight with G-D. The dislocating of the hip of Yaakov had to be reset straight through the display of empathy by his children.  This commandment, therefore, is mentioned precisely in connection to the changing of Yaakov’s name to Israel. In other words, the struggle with the angel symbolized the unification and building of the house of Israel. There is no greater testimony of unification than identifying with the pain and suffering of a fellow brother and sister. The name Hanesheh in Hebrew comes from the word meaning to give up on getting something back. In other words, G-D is commanding us to refrain from giving up. We must never give up on our ability to unite the entire house of Israel through love and compassion. Disunity is an evil we must fight against. It is the cause of exile. By working hard and strong in developing our love and compassion for one another we will bring about the long awaited redemption!

Last night’s wedding showed how Am Yisrael felt the pain and suffering of this precious family and no doubt internalized the message of Gid Hanesheh! They therefore came in large numbers to dance and cry together – what an amazing display of love and compassion! Yaakov’s limping was literally turned into a dance of unity.

During these difficulty times this message must be adopted by all righteous individuals of the nations, as well,  that seek true peace and love for humanity and want to be partners in rectifying a world that needs so much fixing.