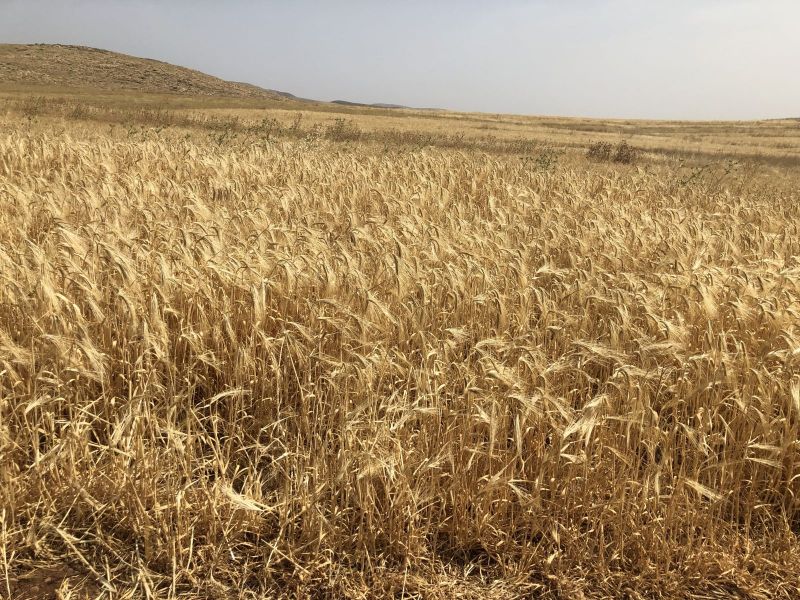 Shavuot – 2019 The redemption is an ongoing process and a difficult one. It requires a high level of patience, kind of like waiting for bread to rise. Leaving the oven of Egypt is the first part of redemption but there is much to do until it ever reaches a complete state. You have to wait. You have to be kneaded. The anticipation for bread, culminating with offering of bread on Shavuot, the only time actually bread is ever offered in the Holy Temple, reminds us to be humble- that we were slaves, and have a yearning for our own Land where we can rest and inherit and eat real food- not temporary food but also live as a holy nation as we eat bread. And there are many stops along the way. We count from the beginning of our exodus which coincides with the very beginning of the harvest when the wave offered is done (the Omer) till the Festival of the Harvest-The day it is collected, the day of the first fruits, the day after seven weeks of seven days of waiting. Now and only now are we able to complete our exodus. Although modern day diaspora Jewry celebrate it as the day the Torah was given at Sinai, there is an equally important celebration going on- an agricultural one. On this day the two breads were offered up, demonstrating in the deed to settling our own Land, the one Hashem chose for us as a nation to live in a be a lighthouse to the world. Both of these themes of the Land and the Torah cannot exist without each other. (Leviticus 23:9-17) “From your settlements you shall bring two loaves of bread as an elevation offering”. The two loaves, like the two tablets, like the two mountains inside Israel where the Bnei Yisrael come to receive Torah for a second time with Joshua (at Gerizzim and Eval), like the two shoulders of the High Priest symbolize the sanctification of the earth of the Land of Israel after the wait and the toil done in complete humility. It is the consummation of the marriage between Hashem and Knesset Yisrael. It is the labor of love. The story of Ruth is the featured book we read and learn about a woman that served in humble grace and waited at the feet of Boaz. Her labor of love and dedication to the people Torah and land of Israel gave birth to the greatest King in our History from who Mashiach sprouts- David HaMelech who was born in the House of Bread- Beit Lechem. Yeast lives. That is what gives bread its unique flavor, texture and personality. However, it exists in a resting stage until you do something to wake it up and activate it. You have to knead it and you can’t leave it in the oven too long because it will burn. After the State of Israel was formed out of the ashes of the Holocaust, the Rabbi of the sacred places in Israel, Rabbi Shmuel Zangvil Kahane, searched for a place to put the ashes of the holy martyred Jews from the ovens of Buchenwald Treblinka and Auschwitz – to rest. After some attempts to places that could not accommodate, the final resting place was found after a house was built for them right adjacent to the Tomb of King David. You can see the monument and museum for them today when you go there to visit. They lay at his feet. Rabbi Avraham Isaac Kook (the father of modern religious Zionism) in his teachings wrote about the splitting of the kingdoms of Israel that took place on the very same two mountains of the blessing and the curse covenant- Gerizzim and Aval around six hundred later, and said that the sin of the splitting of the one Kingdom of Israel stemmed from a lack of balance of two important foundations- the spiritual and the material. Focusing only on the spiritual realm of the Torah without balancing it with a material place marked with practical actions will lead to the fall of the kingdom, just as an empire that focuses only on the material domain ignoring the spiritual side will not be able to survive either. You need to unify the two! In utter humbleness I write this blog as thick smoke still hangs in the air here. The harvest was gathered in but burnt by arsonists that do not want G-d’s plan for the restoration He promised. We have to strengthen our community now. We are willing to be humble but not humiliated. This is the hour we must respond by building and carrying on and doing our work here on the ground in total Torah ideology. Please tell your friends about Friends of Itamar. We need you. Shabbat Shalom and Chag Sameyach, Leah