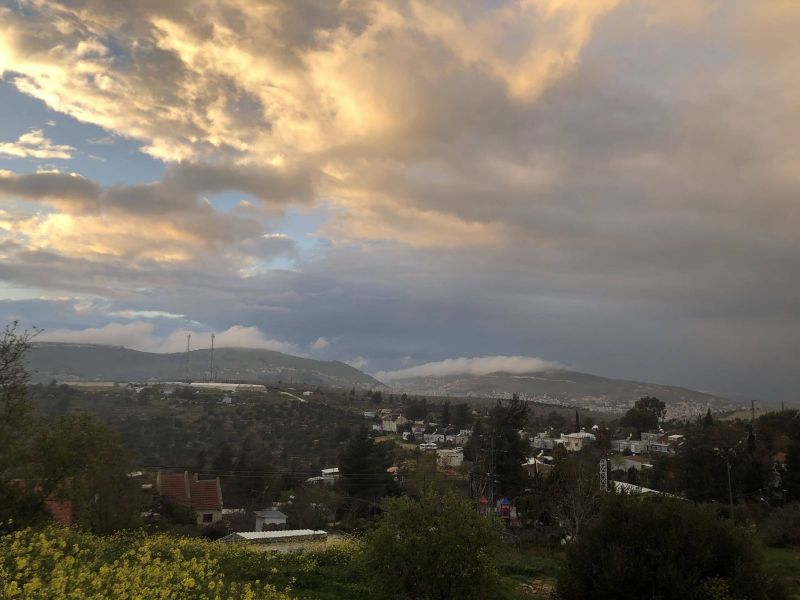 Israel, a land of dreams and freedom

It wasn’t in the relentless traffic jam on our way to Zichron Yaakov that “go east” had become our motto. On that tiny strip of coast running from Haifa to Ashkelon, people, cars and ever taller buildings cramped any vibe of Sarah Aaronson and her selfless act of patriotism in the days the Turks ruled here, when there was just a smattering of houses facing the sunken aqueducts of Caesarea. Lots of water has flowed in the Jordan since then- this country is a modern wonder of intensified building that our grandparents (and parents!) only dreamt about! But we crave quiet at times in this prophetic matrix. Rolling my eyes at the traffic at Chofit Junction  –I knew an emptier place. Corona lockdowns had us packing up our coffee finjan last Pesach and going east. There’s a special vibe out there. It’s still untouched as most people cram the coasts malls and parks or take low cost flights to Larnaka or Athens, hungering freedom. Yes, most Israelis don’t know the Land yet even as it is promised to them.

The cliffs facing Jordan sit dormant still for thousands of years but here you feel the yearning of the rocks waiting to come back to life. Maybe it’s the silent solitude or the breeze of the wild grasses rolling like waves in the wind. The valley that runs from the Sea of Galilee to the lowest place on earth has me feeling a buzz that the flowers popping up now only know. The glaze of humid cloud mirroring the Dead Sea has me mesmerized. As we descend east from this overhang a calm like no other persuades me. I did the right thing. Dizzy, the delight is loosening my limbs after climbing on rocks that had me wondering how old I am but then releasing me. Itamar sits on the precipice of this Land. We face both directions, both east and west. On their way to celebrate Passover, all of Israel journeyed through these mountains and hills to Jerusalem of gold, just south. On this scarp of hill our Priests and Levites were buried. The pilgrims, a traffic jam of people, millions of them, would stop at the graves of Itamar and Elazar to pray on the passage through the highlands. I wonder if they came across the Shomron Iris on their way or stopped at the crystal clear streams of Tirtzah, Ein Sukkot, Ein Talkid and Ein Jaheer and sat in the shade of the oak there. They knew this Land.

Today Mount Hermon wears white. We can just make it out, as we can the skyscrapers boasting and shining in the light breaking through the clouds above Tel Aviv. This is Yosef’s dream come true- “קם וניצב”- His sheaf stood tall. Although the international Court in Hague refuses to recognize it and the present administration wants it to shrink and implode, the dream is greater than reality. We know this Land! As we prepare for the next stage of history unfolding right now as the rocks speak, the wind whispers and the grasses share a melody of true freedom and redemption. It is time to leave Mitzrayim. This has been echoing till the end of time as He takes us to the Promised Land. Release us!