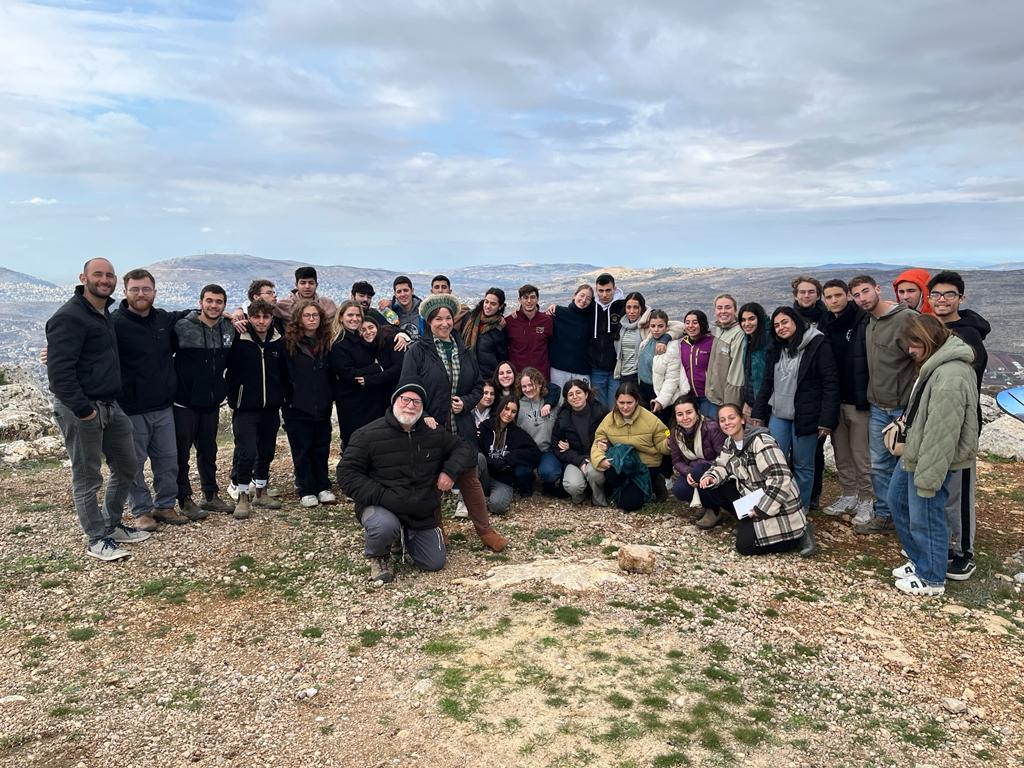 Like the landscape here, the ups and downs of the mountains of Israel tell us the stories of the mothers and fathers of Israel. The twisting turning roads here best describe the plots of the stories; you never know what is going to happen as you turn the bend. The book of Bereishit ends here as the anchor of the nation of Israel has been established in the nuclear family of Yaakov-Yisrael. The micro stories of the ups and downs of the family of the Jewish people, including the ravine and pit into which they fell shed light on the human flaws we all have, even our Avot! The Torah is not ashamed to tell about it. Each Parsha depicts not perfect people, depicting tests, tribulations and no lack of chronicled nisayone. There are see saws of power struggles, downhills and excruciating uphill battles where we experience the throes of love, fear, hate, prayer, loneliness, friendship and most of all – life. All the fragments have come together as Yosef collects his family to him as each one allowed for recognition of the dreams of their brother and of themselves. Yisrael gives blessings, passing on the vital protective dome that surrounds them- the Jewish family.

No-one is detached from the story, even if they disappear from it for a time. Yehudah goes off, Yosef is missing, etc. Insecurities are revealed in times of crisis and failure as our Avot stand up to their own self- inflicted glitches or shortcomings due to outside forces attacking them. Weak points are turned into opportunities for sacrificing for Mussar. The steady pole of the kernel of the family is what holds them together. The meaning and values that the common ground of the household project and unite, teaching a crucial message for survival as individuals and as a nation. We are descendants and heirs to the teaching of the family unit, home, loyalty, commitment, and belonging. This is the essential tool for surviving in Egypt and in exile. Overcoming obstacles turns from personal redemption stories into national ones as we open the book of Shemot. Historical ersosion has the story of Yosef uniting all the family members fade away as assimilation takes its grip on the family of Israel.

The framework of family is shaken to the core in Egypt only shortly after a “new king took over Egypt” who did not know Yosef. Miriam has to plead with her parents to reunite after they separate, and even sacrifice her own very life as she takes the perilous and courageous step into the pool of Pharoh asking his daughter if she needs a wet nurse for baby Moshe. Knowing redemption WILL COME- she risks it all for the sake of her brother and for the sake of the durability of her nation. Identities become slurred as the women were given jobs of the men and vise versa- shemote 1 passuk 14 –” And they made their lives bitter with hard service.” Babies were aborted by law, stuck in the mortar of the walls they were building for Egypt, and thrown into the Nile. The family of Amram and Yocheved produced Moshe, Aaron and Miriam that again redefine the comfort and mainstay of dependability. The family members rely on each other in insanely horrific times.

Today a very sad and unfortunate trend copies ancient Egypt. The world proclaims emancipation is good, as more and more people are born into broken homes and choose isolation as they should be starting a family or maintaining one. Broken homes are a sign of how much we need to fix in even the most basic idea of redemption- the FAMILY is not something we can even take for granted. As we step closer to restoration, this rings out in the stories from the Torah as the basis for introspection into ourselves and our willingness to devote hours of cooking, listening, watching, forgiving, and literally sacrificing for people in our family. We all have flaws- we were not created as angels. It goes without saying of course that the final destination is the home of this family- Eretz Yisrael. Let the macro story begin! All the pieces come together as know they will but it is up to us.