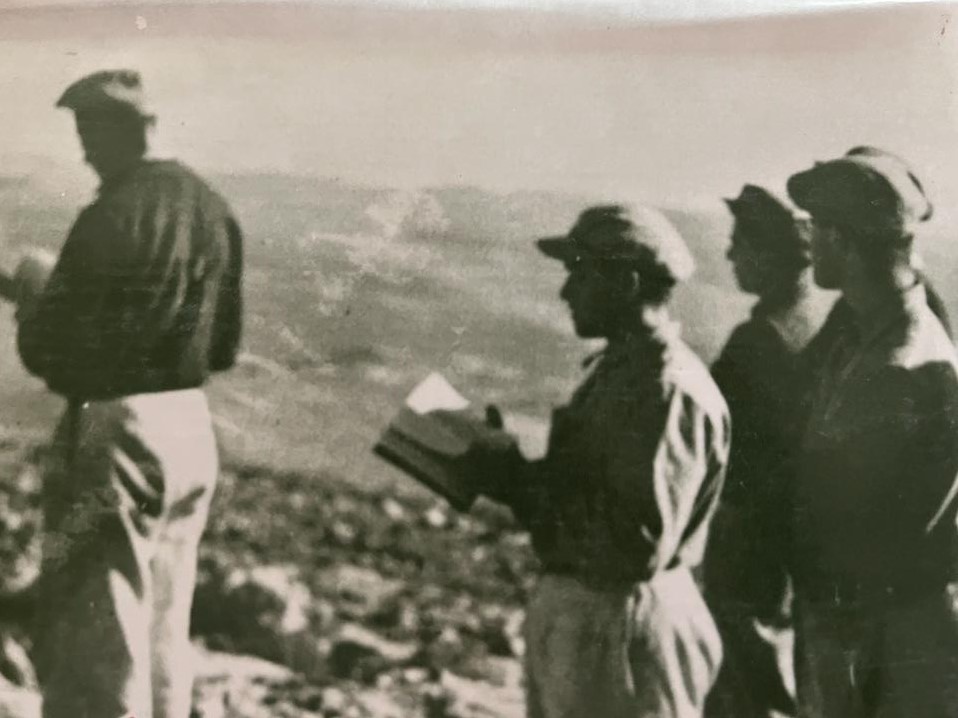 The mobilization of the National Religious Party to actualize on core issues of the bringing to fruition of Zionism and settlement, was and is the banner we hold from the time of its inception. As a young American just learning about Gush Emunim, I worked for Dor Hemshech at the Jewish Agency on Park Avenue and 60th street in Manhattan. Oblivious to really what religious Zionism was, I was embedded in a Divine Providence way, way back then even before our Aliyah in 1985 when I heard a rumor that Jewish pioneers were out in the Land of Yehudah Shomron setting up and just sprouting. When you walk the streets of the city it’s hard to feel the rebirth of that place- Israel, as I was distracted by the pulse of NYC, but something tugged at me in a way that shaped my future forever- I dreamt it. I imagined biblical scenes of Lech Lecha- Abraham- the first to “come home” from another land, staff in hand, hand in hand with his wife Sarah over bald mountains and craggy green creeks, of sheep and tents and leathered faces. The abyss between the living breathing life cycle of religious Zionism in Israel and the orthodox community in the USA and other countries was and is for a large fact- enormous. Few are the communities like Teaneck New Jersey and some in the Five towns of Long Island that continue to teach the ideals of return to Zion in an integrity pro-active way.

As Judaism thrives all over the world, religious Zionism in Israel has been through one of the hardest tests in that its own government ditched its integrity, causing implosion from within in the total abandonment of our heritage and holy sites and capitulation to the enemy that has been armed and financed by brokering nations and even Israel. For the bulk of the Jewish diaspora – we settlers became a disclaimer, being brainwashed by the progressive left in influential media in the USA and here in Israel, we have been regarded as taboo. This also resulted in catastrophic losses of swaths of land and lives, precious ones I knew. The lack of enforcement that spilled into major Israeli cities began to awaken concerned Israelis that did not live in Judea -Samaria. People here began to question what the heck was going on. If the Mapaai socialist- leftist government of Israel preached equality for all- it was the Jews of Judea- Samaria that were discriminated against and the territory of the heart of Israel given over as cities of refuge to the enemy. Almost unbelievable to even read but these are the facts. We came to a land unsown- the passuk from Jeremiah comes to mind: “לכתך אחרי במדבר בארץ לא זרועה”- “You followed me in the desert in an unsown land.” We remained steadfast despite the abnegation. A stiff necked people we are out here.

Let’s rewind.. The ultra-left-wing party in the days of the British mandate, The United Kibbutz Movement headed by Yitzchak Tebenkin opposed vehemently the division of Eretrz Yisrael, and fought to retain its completeness. Interesting to see the corrosion of the Israeli left and its willingness to throw Jews under the bus for zero ideology, much like the rise and fall of King Saul who started out OK but then fell to the evil side. We played music for the left as David did and tried to soothe the ailment in the resonance of birds chirping again here, and the racket- when allowed- of bulldozers building on our ancient legacy. Barely cutting off a tiny piece of their garment in retaliation of the atrocity against us- the left just crumpled up, imploding from within after barely after a year of a quasi-government that had most Israelis regardless of where they live -fed up. Fresh waters have come to revive our souls.

Here’s the thing- the Land IS sown now. We’ve held our heads up. What gave us strength? Yiddishkiet, nationalism, faith, knowing with every grapevine that stands in witness to this great event- opposition to it – come what may- the nation of Israel has said their word! And YOU dear friends- thank you for standing with us! Exactly, we say- we are not a vassal state. The nation in Israel has said its word- OPTIMISM has held our heads above the bereavement and political treachery. This is the power of democracy (in the words of Yair Lapid- who tried to shut down the only conservative news channel- channel 14 and did not succeed!) We have finally been redeemed from the noose on our necks. Without the back up and pitch from the major mainstream media, Bibi and the national religious Zionism party have been reinstated.

We hope our brethren in the countries outside of Israel come to see what has been hidden for the last twenty years as the tragedy of Oslo, as it covered over our lifeblood and crux of identity. This is a time for true tikkun- in sync with Abraham and Lech Lecha as our Rabbis tell us- Lech Lecha means GO TO YOURSELF- go to your mission, your inner candle- light up the world. The victory of the religious Zionist nationalist camp is far more than a political achievement, it is a grand slam on Hashem’s plan to bring prophecy true in our days.

What are your dreams?