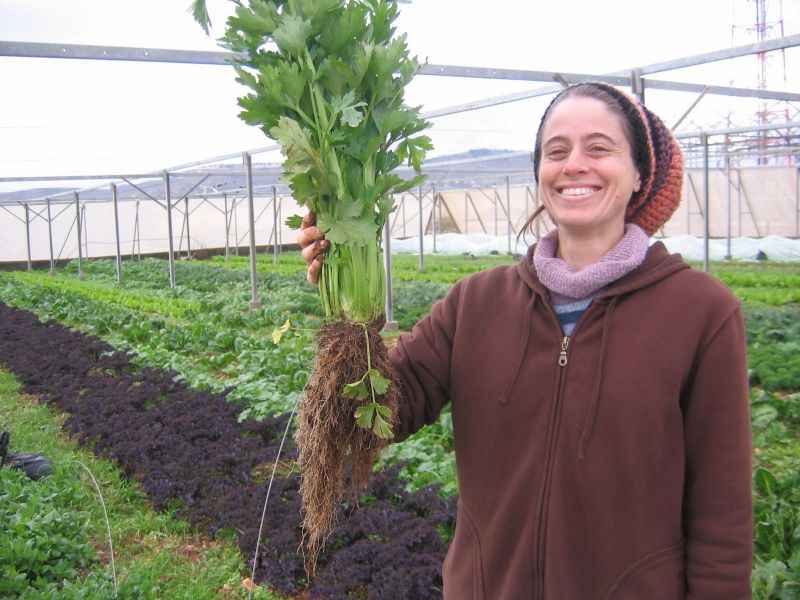 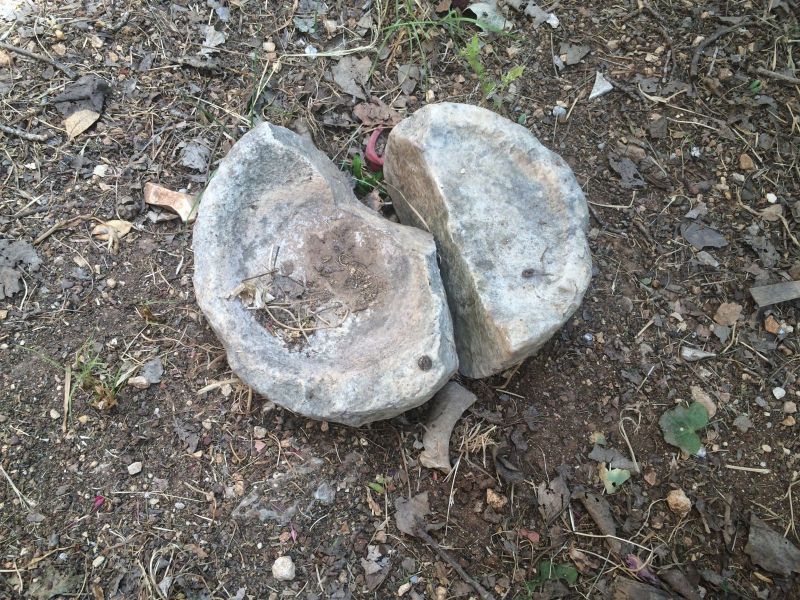 “For behold, we were binding sheaves in the field, and lo- my sheaf rose up and stood erect. Your sheaves gathered around and bowed to mine.”

A few years ago I found by chance a heavy stone bowl used for grinding barley. See the flat rock nearby it, obviously ancient, decorated by hundreds of little tiny impressions of barley and whatever other grains became embedded into it thousands of years ago. This is the Land of Yosef, a fertile place that had storerooms and grain pits. It was an agricultural paradise and our people ate figs and broad beans, date palms, olives and chick peas. They were herders of sheep and goats and made wine. Around this time of the year the grains would blow in the hot chamsin winds and would turn golden dry. The hard figs would begin to ripen on the trees and the first bright red buds would appear on the pomegranate trees. The olives also emerge as tiny green pearls. There are a lot of wells and cisterns on the sides of the hard rocky ground of the Tels all around these hills. The water was stored in them when the soil became dusty like now. I am sure there is a story to this bowl I have found. For sure it has a legend, has a torah of just how the fields and harvest time directly brought to bear our identity as a people bound to this precious Land. It’s a story about the baskets of grain, the jugs of olive oil and of course, the Omer, the refined barley all grown right here in the Land of Shechem and brought to the Temple and offered.

For Shavuot, the mood is agricultural Israel. The fields in Bethlehem are illuminated, flourishing again and the bounty is being gathered in. “Tonight he will be winnowing barley on the threshing floor.” Ruth’s redeemer gave her 6 measures of barley and soon afterwards the heir that will be iy”h, Mashiach.

Way earlier, even before Matan Torah, Avraham Avinu made a kinyan in Chevron when purchasing the field, taking ownership and not only for a burial spot but for an achuzat Olam. “The field with its cave from the Hitties”. “Vaykam Sde Efron”- meaning –the field and cave were elevated UP to a new level of spiritual heights in the physical realm. Avraham made a personal connection with the terrain, fulfilling the covenant and purchasing and preparing it for future generations.

Ruth’s great grand – son, David Hamelech purchased the Temple Mount in Jerusalem from Arvnah HaYevoosi when it was only a field, a threshing floor- for 50 shekels of silver. It began that way before the Temple stood erect on it ,bikurim were offered there and it became the highest pinnacle in our history.

Settling the Land, the desolate country side, widening its borders and cultivating the Land affects every Jew. The materialness of it is not one of a personal interest but of national identity. Israel’s target goal, its aims and objectives all are tied into this actualization of life in and on the Land. Shavuot is all about after leaving the exile state of mind (on Pesach) and going on to offering the Omer, the barley grown right on this soil- the refining process- entering a new realm of independence, of our own physical place that we have to refine and refine many times over till we can offer it back to Hashem.

The fields that were asleep have arisen.

The tillage, cultivating and farming going on here on that same rocky ground are nothing less than a miracle. For years now, the world has been super obsessed with it. They want to separate our Yesod-Malchut bond with our Land. They would like to rip us apart. This effects every Jew no matter where s/he may be. We can either bow or stand upright. It is a battle. “Many nations bow down to you- be master of your brothers! Cursed be those who curse you and blessed are those who bless you!” Genesis 27:29