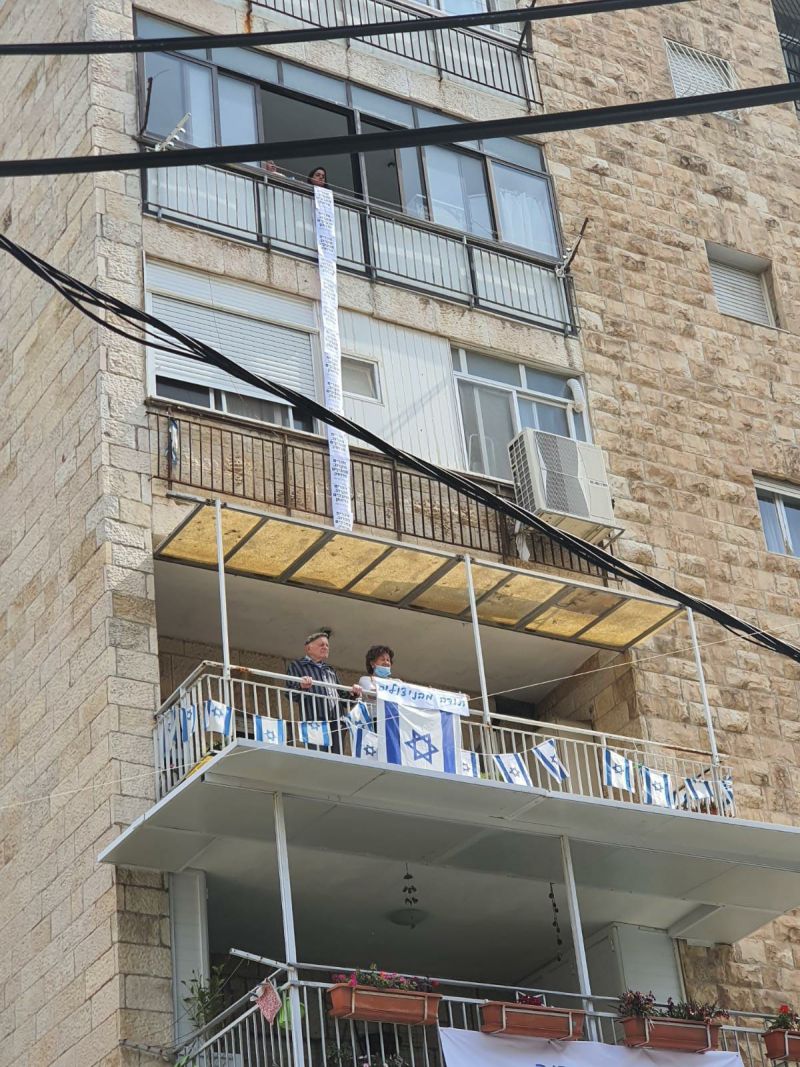 Today is Yom HaShoah- Holocaust Memorial Day. The morning siren just broke the already surreal sky in this time of corona here in Israel. In this corona apocalypse, our focus has been on the few survivors left to tell their story before all them pass into the realm of the past. Corona for the most part attacks the elderly. As the siren blows here in Israel, they know that their country has done the most for them in caring to make it the safest country to be in -more than any other country in the world at this time. What they did for this country when forming it straight out of the hell camps as literal skeletons, as orphans enabled us independence, in the merit of their sweat and blood. Now their grandchildren here in this modern and genius State are giving back to them. Our survivors know they have fulfilled prophecies written over two thousand years ago. Just Read Ezekiel 36, 37. Chills.

As a young girl growing up in a survivor’s home in New York, I was struck by the juxtapose of Independence Day coming so close behind Holocaust Memorial Day. The testimonies of my father’s ordeal rang out of his microphone as he told his story to the next generation in schools across the tri-state area. He told the story in first person as the sole survivor of his large family wearing a threadbare horse’s coat and eating roots from the forest floor in winter and running like the wind through the forest to escape the Germans seeking to tear him apart, seeing the synagogues ablaze, the firing squads, the hunt. I squirmed in my chair, it was so hard to hear but what came only a few days later had me wondering where I as a Jew belonged. Independence Day had me mesmerized at the blue and white flag with its star of David displayed on a pole at the front stage; it had me sitting straight up, not squirming. I had an epiphany as all the other children in the room e watched the miracles that took place after the Holocaust in the resurgence of our ancient language and the collection of Jews from all over the world at that time of post holocaust into Israel, our own country. I was in the same room but I was already somewhere else, standing tall. Homeward bound.

We just exited Pesach on the Jewish timeline of the year and are advancing to Matan Torah on Shavuot. The first prophecy Moshe Rabbeinu received before becoming the redeemer was what later Zechariah (3:2) describes- “Is not this man a burning stick snatched from the fire” – as he beholds the burning bush. Moshe is to lead out the slaves that chaza”l tell us only one fifth managed to escape. They witness open miracles but on a daily basis suffer thirst hunger and doubt. Worry has them not knowing what the future will bring as the future is literally and simultaneously unfolding in the story of Prophecy and Redemption being revealed to not only Moshe but to the entire nation, as one man with one heart  -all of Israel receive the divine word. But it is so hard along the way, you can literally die of thirst. This is the blue print for our independence. Our forefathers, Abraham Isaac and Yaakov too ate the bitter pill as they set the foundations down for our return at the end of days. The bitter precedes the sweet. “מעז יצא מתוק”-

Today we stand as one man with one heart in our own sovereign ancient but revived Land. The restoration we are witness to is nothing less than a miracle. Our nationalism is an integral part of our identity, this applies to Jews all around the world even those that have not joined us here yet. It’s a story of “en route”, eventually בעזרת ה, all will be homeward bound. Our perspective on this as time unfolds and events happen simultaneously should be on “How goodly are your tents Yaakov!” as we look forward to celebrating Yom Haatzmaut soon and give thanksgiving to those that made all of this possible in these miraculous times.