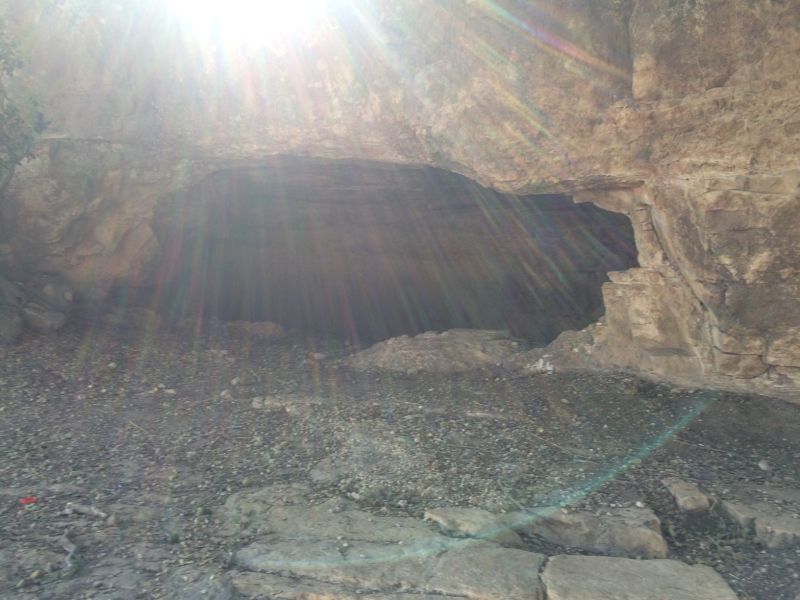 In a brave display of self- sacrifice and willingness to take life- threatening risks, teams of archeologists and workers from the Israel Antiquities Authority very recently climbed ropes and shoveled their way on a very specific task, one can say, the call of the hour. They went sifting through endless rubble, using drones and sophisticated high reaching equipment; hanging unto shafts carved out of limestone into the passageways of the Essenes, literally crawling through fissures down the colossal rocks of Judea into the caves that have preserved the treasures of our glowing legacy for thousands of years. A moment before bedouin cave robbers would make the find impossible, this has been considered a crucial rescue act, thank G-d carried out successfully. Emerging from the caves came shards of scrolls with definite words of the Book of Zecharia, important documentation of the soldiers of Bar Kochba who led a rebellion against the Romans at the crust end time of the Second Temple. Arrows, spears, fabrics, and even sandals and combs were preserved there in that super dry temperature. Tucked away in the belly of the earth there, beautiful items all with Jewish motives branded like the date palm as well as beautifully braided baskets and other priceless testimonies of the rich past of Am Yisrael before the long exile. Their value cannot be assessed!

Lag BaOmer, a day of revelation is symbolized by leaving the cave, just as Rabbi Shimon Bar Yochai did just some hours north of here, in the Galilee. On the same timeline, the stories run parallel- the one of the remnant living in the Judean caves and the one of Rabbi Shimon and his son Elazar in Pekiin as the Romans forbade the study and teaching of the Torah under penalty of death. I try to imagine the horror of knowing the devastation as millions were put to the stake and the rest taken as slaves, the House of Hashem burnt to the ground, thinking it was the end of the world. On Lag BaOmer we light a huge bonfire and go outdoors because leaving the hidden protection of the cave meant you’re in the back woods because you have no home to go to and nowhere to go. We celebrate the miracle of our lives today.

We live in end times now as Lag Baomer ignites into return to the very sites we last left off as Rome came to erase us. Thousands go up to the Galilee to Mount Meron to give tribute to the person that gave over the secrets of the Torah, collected into one holy book, the Zohar whose teachings trickled down through sages, through time. The value of these hidden sparks cannot be assessed. But, as we live this miracle of being here after all these years, people have come to doubt our authenticity, of Israel’s authenticity. They come to question Israel as a Jewish State. The doubt enters to those not equipped with the Torah answers of Zecharia, our prophets and of Rabbi Shimon who passed it over to his son and him to his son and him to his son through the generations. The cultivation of Torah values, of the mussar and the might of this nation in our past, through time and all the more so NOW than ever before, as ethical behavior becomes postmodern in how that is translated into actions. Today, strangely what’s down is up and what’s up is down; whole perspectives on ideals has been warped in this last generation- we beg for the bonfire of the wisdom of Rabbi Shimon and for the might of Bar Kochba. We offer no excuses for who we are or what we are meant to do now. We are OUT of exile now for the first time since we entered it. As Rabbi Avraham Kook z”l said in Igrot Harav, “the word HOLY needs to separate from exile. We need to free it, to proclaim it, without fears.” His words were prophetic then in pre Israel, early 1920’s. He voiced speculation at the rising secular movement here that grew in momentum and which lead to radical post Zionism. What replaced the core became the new culture, secular and empty of Jewish core identity. We are reminded on Lag baOmer that a new spiritual creation is being made at home on this date. We in our daily lives sometimes forget the need to reinforce the spiritual side of this great physical return. It’s being made in the togetherness we share now around the bonfire when marshmallows and worldly things aren’t enough for our starving souls. Perhaps the greatest lesson we learn from Lag baOmer is reinforcing ourselves to the root source, to the power hidden yet being released now along with the vials of frankincense, spikenard and myrrh or the purple fabric that maybe even King David himself wore. The fire of values and ideals, the secrets of our survival.