One very outstanding feature I noticed, going back to New York for visits through the years has been that slowly, slowly Jews have found a way to be “frum” from A-Z and also live without Israel. It wasn’t that way when I was growing up in Brooklyn. Being Jewish, regardless of your level of observance, meant your firm conviction and passionate attachment to Israel. As this process of “super- frumkite” (with all the implications of dress code and dietary stringencies) spirals into a new attitude to Israel, it is moving away from any allegiance to it.

Simultaneously it was hard not to observe all the new super kosher restaurants mushrooming on every street corner. Even in residential neighborhoods. And people, in general looked “well fed”, to say the least. There was kosher Thai, Chinese, Macrobiotic, Duncan Doughnuts (kosher!), Italian, Indian, and the list just goes on and on. The frumest of people were eating in them.

A man entered a Food Court and ordered a meal. He placed his tray on a vacant table and went to wash his hands. When he returned – lo and behold, someone was nibbling at his food. Speechless, he sat down and decided to just eat his meal, checking out the person sitting across from him from time to time. He was hoping as he stared at the perplexing face of the stranger eating his French fries that he would have a clue about what to do… “I can’t believe this!” he started saying to himself. “He is actually eating MY food! What chutzpah!” The stranger gave him a weak smile and just at that moment he realized that his seat and tray were just on the next bench….

Parashat Eykev – The Jewels of the Palace 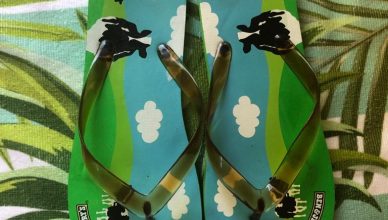